Ultramarathon Man Dean Karnazes On the Healing Power of the Outdoors 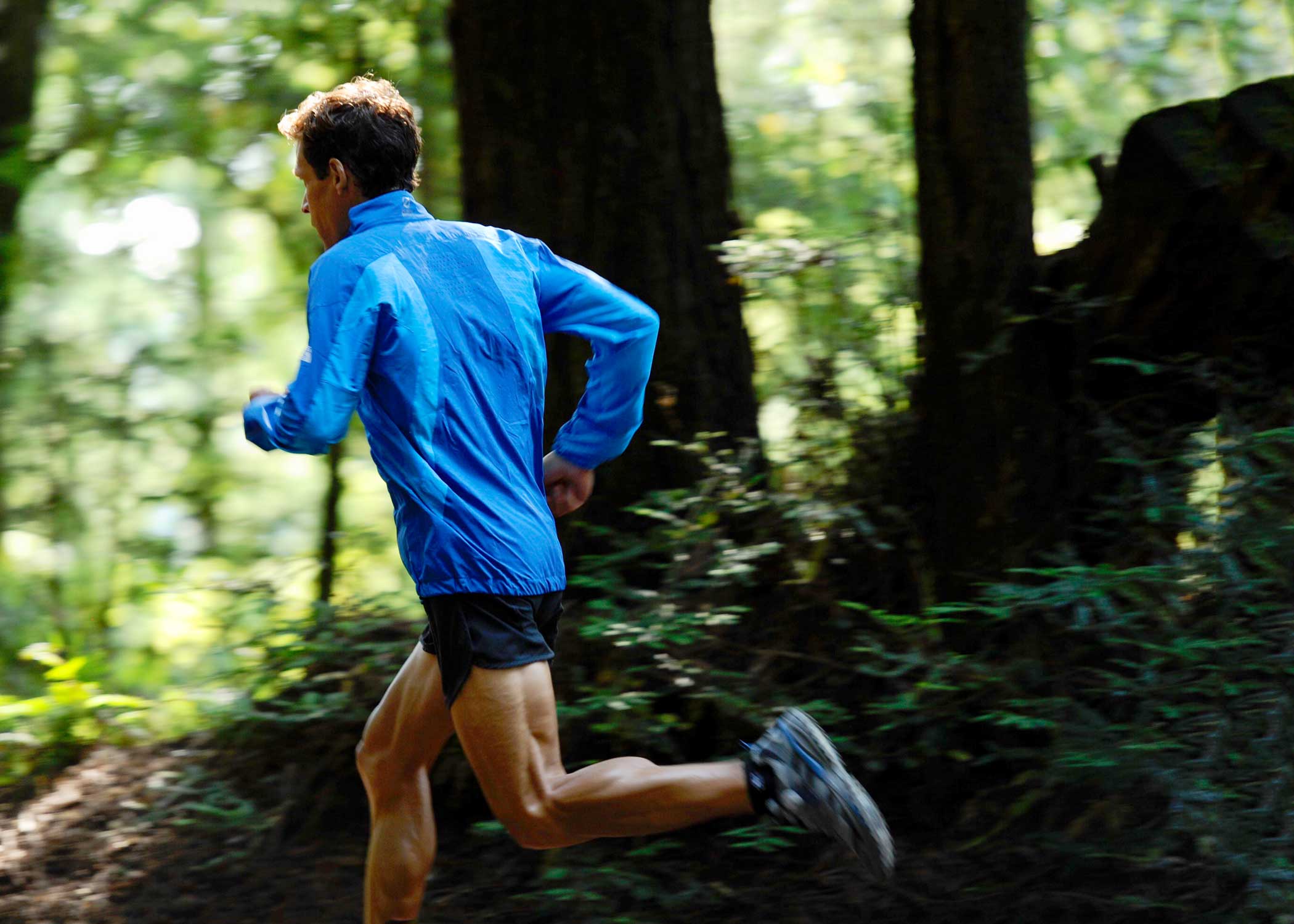 My running career began in kindergarten. Literally. I was the oldest of three when my youngest sister came along, and my time-crunched mom found it increasingly difficult to pick me up after school. I didn’t like being a burden and wanted to help somehow. My solution: use my legs. I started running home from school and ever since it’s been a torrid love affair.

Since then, I’ve raced and competed on all seven continents — twice — running in some of the most remote and exotic places on earth. Many of these challenges have been daunting, such as running a marathon headed to the South Pole, running 135 miles nonstop across Death Valley in the middle of summer, and running 50 marathons in all 50 states in 50 consecutive days. I know, it sounds impossible. I sometimes wonder how I did it myself.

But that’s what I love about running: impossible is relative. To some, running around the block might seem impossible, an unattainable conquest. And when that goal is accomplished, suddenly everything seems within reach. Running teaches us that limitations are mostly self-constructed. If we can somehow step back from our preconceived notions of what is and isn’t possible, we’re capable of truly extraordinary deeds. Running provides this indelible lesson.

Another beautiful element about running is that it’s accessible to everyone. Young or old, large or small: running is open to all ages, body types and abilities. Case in point, after running competitively in high school I quit the sport entirely. I didn’t take up running again until the night of my 30th birthday when I decided that rather than having another round of tequila, I’d run 30 miles to celebrate the occasion. I walked out of a bar in San Francisco — three sheets to the wind — peeled off my pants and ran straight through the night to Half Moon Bay (in my underwear, no less). If an unathletic, drunken 30-year-old can do that, you’re never too old or too lost to start.

After that I began running competitively again, racking up somewhere close to 100,000 cumulative miles. And now — nearly three decades later — I’m still going strong. I don’t buy into the premise that the human body has a finite number of footfalls before it deconstructs. Nonsense. Take care of your body and it takes care of you.

I’ve seen marathoner finishers in their 70s, 80s and 90s. And by most measures, these folks are healthier and more vibrant than their peers. Running provides myriad physical and mental health benefits, from preserving telomere length (these are the caps at the end of chromosomes and a predictor of biological aging and life expectancy; runners have longer telomeres and are physically and aesthetically younger than their peers) and bone density to easing depression and anxiety. Not only is running antiaging, running improves quality of life.

Cardiovascular fitness is elevated — runners literally have bigger hearts — muscles grow stronger and cognition is enhanced. According to David Linden, Ph.D., a professor of neuroscience at the Johns Hopkins University School of Medicine, running can spark the growth of new blood vessels to nourish the brain and may also produce new brain cells in a process called neurogenesis, which may lead to an overall improvement in brain performance and prevent cognitive decline that accompanies normal aging. In other words, running adds years to your life and life to your years.

And best of all, in Marin County we have access to some of the most spectacular running trails on the planet. For the uninitiated, Marin County is known as a premier destination for trail runners across the globe, and many popular races take place in the headlands and around Mount Tamalpais. The oldest trail race in America, the Dipsea, is certainly notable — stretching 7.4 miles from Mill Valley to Stinson Beach — but there are plenty of others, from marathons to hundred-milers (yes, people run a hundred miles nonstop right here in Marin!).

If you’ve ever considered taking up running, there’s no better time than the present. The pandemic has placed restrictions on our movements and social interactions, yet running is a permissible activity and something encouraged by health experts. Why? Beyond the physical benefits and natural mood enhancement, running builds resilience and grit.

Running teaches you that no matter how badly things hurt, you can get through it. I’ve run many 100-mile footraces, 200-mile footraces, and even a 350-miler, forgoing sleep for multiple days. Were there points when I thought I couldn’t get through it? Absolutely. To persist, I put the blinders on the past and future. I stopped reflecting on old times, stopped thinking about things to come and instead focused on nothing other than the present moment in time, the here and now. Rarely do we live in the present; our minds are typically racing with thoughts, fears, hopes and distractions.

Dealing with the uncertainty of the moment requires similar disciplined thought and action. A Covid-19 vaccine is imminent, but when will it be widely available? And how long will it be effective? This is a race with a distant finish line. We know that. Instead of focusing on reaching a faraway end point, focus instead on the here and now. Be your best in the present moment of time. Paraphrasing Eleanor Roosevelt, “Yesterday’s history, tomorrow’s a mystery, but this moment is a gift; that’s why they call it the present.”

As the pandemic lingers on and the prospect of more lockdowns continues, running is my savior. I’m not alone. Each day I pass other runners. We nod and acknowledge each other; no words need be spoken. We are kindred spirits and share a commonality that transcends language and thoughts. Every runner knows this feeling. My hope is that one day you will, too. Wishing you strength and endurance during these extraordinarily tumultuous times. Long may you run.

Olympic runner, actress, filmmaker and writer Alexi Pappas’ wisdom and wit are beyond her age. This book will have you laughing, crying and cheering — sometimes all at once.

Finding Ultra: Rejecting Middle Age, Becoming One of the World’s Fittest Men, and Discovering Myself by Rich Roll

A graduate of Stanford University and Cornell Law, Rich Roll was a successful attorney who was 50 pounds overweight. His discovery of endurance sports helped salvage and remake him.

Born to Run: A Hidden Tribe, Superathletes, and the Greatest Race the World Has Never Seen by Christopher McDougall

Born to Run is a classic and helped usher in a whole new approach to running great distances.

Let Your Mind Run: A Memoir of Thinking My Way to Victory by Deena Kastor and Michelle Hamilton

Deena Kastor is a phenom who holds American records in every distance from the 5K to the marathon. The book is a fascinating peek into the mindset of an elite athlete.

Ultramarathon Man: Confessions of an All-Night Runner by Dean Karnazes

What’s not to love about a guy ordering pizza delivery in the midst of a 200-mile nonstop run? Best of all, most of the stories take place in Marin County and the Bay Area, so you’ll know the terrain.

Dean Karnazes was named by TIME magazine as one of the “100 Most Influential People in the World.” He is a recipient of the President’s Council on Sports, Fitness & Nutrition Lifetime Achievement Award and author of the New York Times bestseller Ultramarathon Man: Confessions of an All-Night Runner and The Road to Sparta. Dean lives with his wife and family in Kentfield and spends most of his time exploring the trails of Marin.