Rescued Animals Get a Second Chance at Rancho Compasión 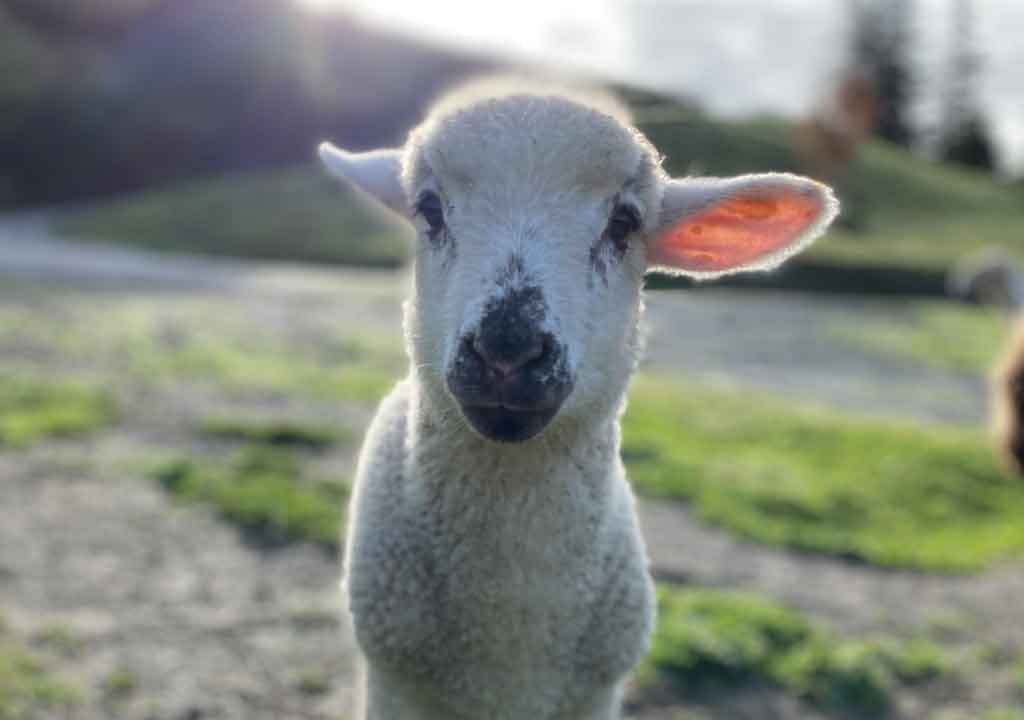 It’s easy to assume there are plenty of domesticated animals roaming the hills of West Marin. In an area steeped in farming culture, one would expect to see any number of goats, sheep, cows and the like — but to assume that they’re all existing purely for production purposes is an idea that the folks at Rancho Compasión are hoping to change.

“A lot of people don’t realize farmed animals are worthy and deserving of lifelong care,” explains Camellia Schinner, sanctuary manager at Rancho Compasión, a nonprofit farmed animal sanctuary. Note the past tense usage in the word “farmed,” an important distinction between the past and present for these animals.

Though starting an animal sanctuary was never their plan, Schinner and her family are very familiar with advocating for animals. Schinner is the daughter of Miyoko Schinner, co-founder of Rancho Compasión and the very same Miyoko of the beloved vegan brand Miyoko’s Creamery. When the family moved from San Anselmo to Nicasio in 2015, they brought their rescue chickens, but soon welcomed two goats to the property. Within a year, the number of nonhuman residents at their new home had grown, so they decided to incorporate as a nonprofit, choosing a name to reflect their purpose while offering contrast to the history of the area where they live. Nicasio is the ancestral home of the Tamal Coast Miwok, but colonization led to the enslavement, death and displacement of a large portion of the Indigenous people. The land was eventually turned into a several-thousand-acre ranch called Rancho Nicasio, and the area’s legacy as a ranching area continues.

“Hopefully, we’re showing people that there’s another, more compassionate way we can live alongside animals without having to use them and exploit them for our gain,” says Schinner. Today, Rancho Compasión is a permanent safe haven for previously neglected, exploited and abused farmed animals. The roughly 16-acre property is currently home to 80 feathered and furry residents across 10 different species, all of whom are free to exist just as they are, and not as food, property or products. While the animals typically stick to their own species, there are some exceptions. Notably, a cow named Angel has a fierce bodyguard in a goose named Echo, while Ricky the donkey often pals around with Goober, an 800-pound pig.

While staff and volunteers may enjoy the occasional cuddle with the residents, they also face hard work every day. Beyond the ongoing feeding shifts and daily chores, each animal resident has its own needs. Sometimes that means taking care of Phoenix, a rooster who has no use of his legs, or making sure Princess, the potbellied pig, gets her sunscreen. There are some issues that only veterinarians can attend to, but Schinner notes that it can be a struggle to find medical assistance for farmed animals. “Dogs and cats have certain rights, but those rights aren’t always extended to animals classified as food animals,” explains Schinner.

Visitors and volunteers are always welcome at the sanctuary. Scheduled visits take place on the second Saturday of each month, but private tours can also be booked. Visitors and prospective volunteers must be 12 and older, and they can expect to have their minds blown, says Schinner. “It’s really rewarding to build relationships with the animals,” she adds. “To look into the eyes of a chicken, someone who is smaller than us and often overlooked, and realize ‘I’ve been looking at them through a very narrow lens.’ ”