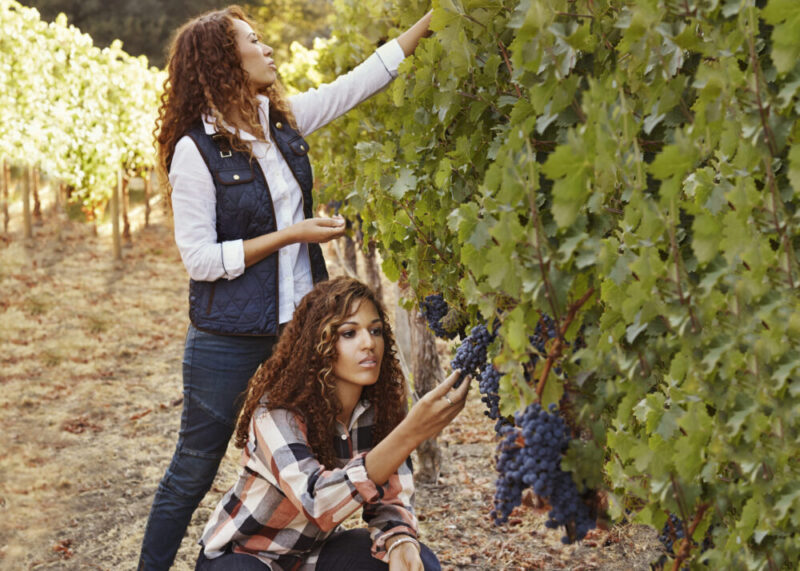 The story of how the McBride sisters, Robin and Andréa, reunited and started the McBride Sisters Collection, the largest African American owned wine company in the country, is something straight out of a movie. The sisters, born of the same father but unaware of each other until they reached adulthood, finally found each other in 1999. It was at this point when they realized that they — Robin who was living in Monterey and Andréa in Marlborough, New Zealand — had comparable upbringings, shared a passion for wine and even hailed from very similar wine regions. We speak to Robin about reuniting with her sister and starting their Oakland-based empire.

What was it like seeing your sister for the first time?
We didn’t know what to expect; we had no idea what the other looked like. We met in New York at the airport. I got off the plane and was walking down the jetway when I’m looking at what I think is my reflection in a mirror. I realize it’s not moving — and I’m like, “oh, that’s my sister.” I walked up and we hugged and cried. We had an intense, instant bond. It was a life-changing moment.

Why did you decide to get into wine?
As we got to know each other and we visited both places, we realized how eerily similar our upbringings were. A key component of that was wine. We had a mutual interest in wine and winemaking, and Andréa had experience as a child in her uncle’s vineyards. Once we were drawn together it felt like something we should try to explore. We started our business importing super small micro-production New Zealand wines into California.

Your wines are produced from California Central Coast and New Zealand vineyards and offered on your own labels. Tell us about Black Girl Magic.
“Black girl magic” was a cultural tagline that was floating around — kind of a celebratory term. In 2018 we went to the Essence Festival in New Orleans. We decided to make a commemorative bottle and gifted it to the mayor on stage, and everyone went crazy for it. So we kept making it every year, and to this day we still aren’t making enough — there is a lot of demand. Now you can find it at places like Target and Total Wine.

What is the significance of your canned wine, She Can?
We launched She Can on International Women’s Day in 2019. It is dedicated to our mothers. Proceeds go into the She Can Professional Development Fund to help advance the careers of women who are in the wine and spirits industry.

In 1995 the Brown kids decided to start making their own wine from grapes grown by their parents
in the eastern hills of Napa Valley.

Theodora R. Lee, aka Theo-patra, Queen of the Vineyards, is the owner of this small lot vineyard and handcrafted winery located in the Yorkville Highlands of the Anderson Valley.

This women-owned winery in Alameda is the brainchild of Chris Wachira, the first Kenyan-born, Californian winemaker, distributor, importer and exporter.