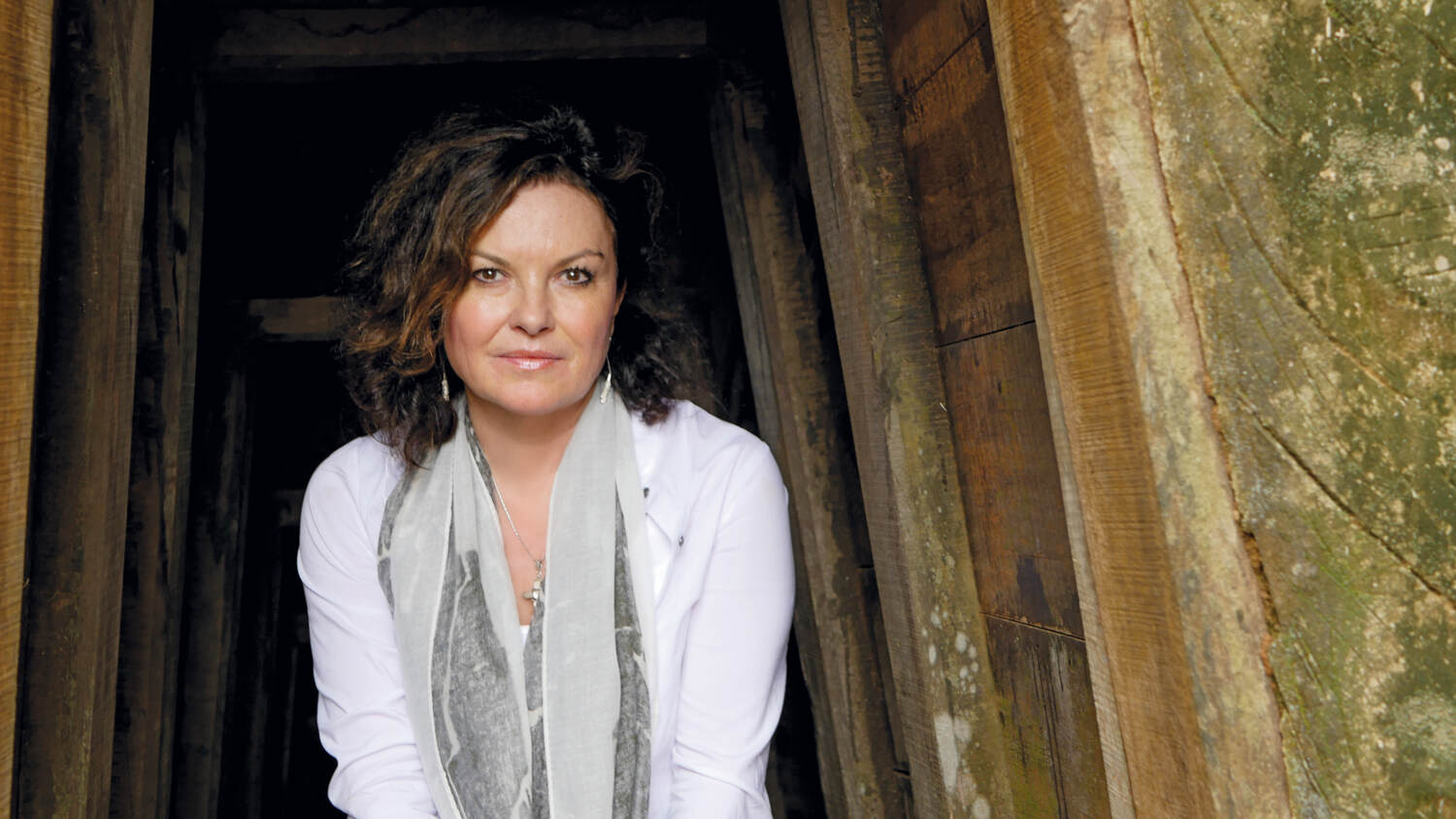 Heidi Kuhn, donning a helmet and flak jacket, was standing in the once prolific vineyards of Azerbaijan, a part of the former Soviet Union, when she pushed the button and watched the dynamite destroy a land mine 100 yards away.

“It’s such a bittersweet moment when you hear that boom because you’re elated that you got one out and then, after your heart settles from the pounding, you realize there’s hundreds of thousands more,” Kuhn says.

So how did a Marin mom find herself on a mission to destroy as many of the world’s 60 million land mines as she could? It started in 1868 when her great-great-grandfather, Capt. John Augustus McNear (the namesake of McNears Beach), purchased 2,500 acres of land in San Rafael and later invited persecuted Chinese families to live on part of it now known as China Camp.

“The Chinese Exclusion Act of 1882 became law and they were really sending the people back to China in a very aggressive way. Capt. McNear stood strong and stood by the Chinese,” Kuhn says, adding that the people of the camp dried locally caught shrimp and exported some 3 million of them back to China annually. “And that message of respecting the land and its people was really always passed down through the generations in my family.”

When Kuhn and her soon-to-be husband, Gary, met at UC Berkeley in the 1970s and heard about land mines, they saw them as a violation of the earth and decided to do something about it. “So I set out on a quest 25 years ago to turn mines to vines, replacing the scourge of land mines with bountiful vineyards and orchards worldwide,” she says of the organization she started in her basement.

Since then, Roots of Peace has grown to more than 500 employees and has removed hundreds of thousands of land mines in countries like Afghanistan, Angola, Bosnia-Herzegovina, Cambodia, Croatia, Iraq, Israel, Palestine and Vietnam and replaced them with crops that have generated some $350 million in exported produce that directly benefit the more than 1 million families and farmers who live in those countries.

“We are healing the wounds of war by planting the roots of peace on earth and once the land mines are out, we’re empowering farmers on former war-torn lands,” Kuhn says. “We train them to grow high-value crops.”

The effects of these programs have been especially felt in Afghanistan, where the population is 80 percent dependent on agriculture but the land has more mines that anywhere else in the world. Over the last 20 years, Roots of Peace has planted more than 6 million fruit trees in all of Afghanistan’s 34 provinces and been a driving force in Afghanistan’s increase in agricultural exports in the last decade — from $250 million in 2014 to over $1.4 billion in 2020.

Before the Taliban takeover of the country in 2021, there were 250 organizations working in Afghanistan; now only 10 nongovernmental organizations (NGOs) remain, and Roots of Peace is one of them. The importance of her work was once again evident when Taliban representatives approached her and her husband in Turkey and said they wanted to speak to the leader of this woman-run organization.

“We had a sick feeling in the pit of our stomach, not knowing whether they would attack,” Kuhn says. “They looked me in the eye and said, ‘Mrs. Kuhn we don’t look at you as a woman. We look at you as a mother who’s feeding our children, and you have full permission to work in our country.’ ”