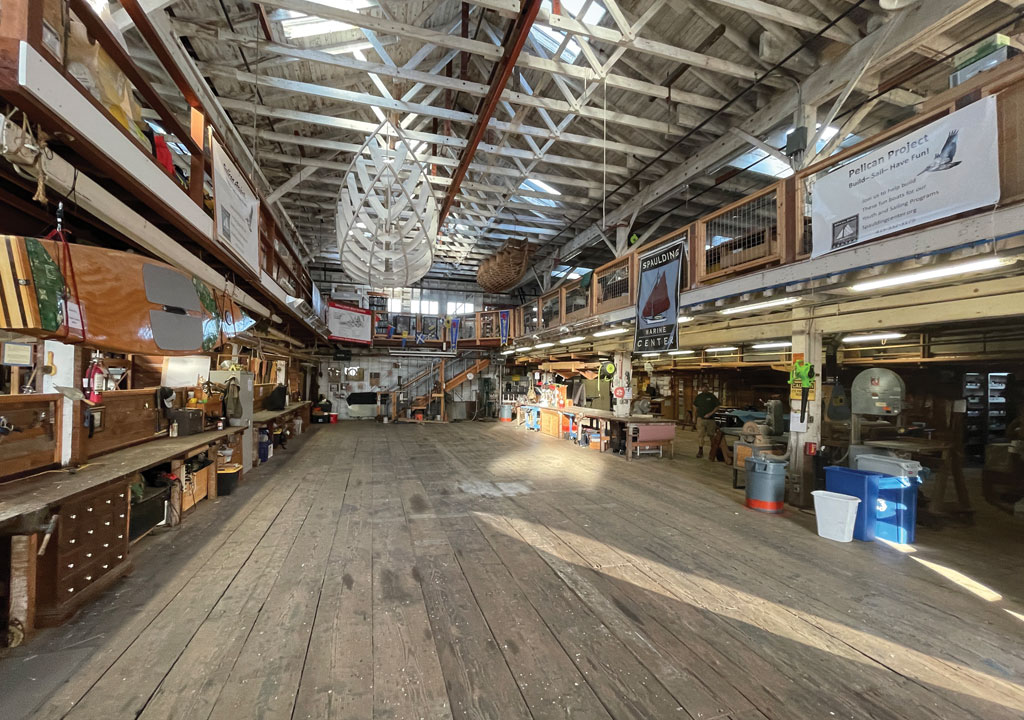 There are few sights more typically Sausalito than that of sailboats scudding across the horizon. To live in this waterfront community is to be tied to maritime culture. During World War II, Sausalito saw rapid development as a shipbuilding hub, and though that industry has since slowed down, its legacy remains thanks to places like the Spaulding Marine Center.

With an active boatyard on site, Spaulding Marine Center is cementing its place in Marin’s long-held maritime legacy by valuing the traditional skills of the craftspeople and sailors of days gone by. This is in part due to the center’s history. It was built in 1951 by Myron Spaulding, a highly respected yacht designer and boatbuilder (and incidentally, concert violinist) who enjoyed great success racing sailboats in the San Francisco Bay.

A local legend who designed and built his first small boat while attending Polytechnic High School in San Francisco, Spaulding primarily constructed watercraft on commission before creating the boatyard and turning his focus to doing repair work and measuring boats for yacht racing. But his stamp on the industry remains through the boats and lines he designed, like the 20-foot Clipper class, Spaulding 33 sailboats and the custom 45-foot yawl Chrysopyle, which was built in 1961. Though Spaulding passed in 2000, the center he created remains active, with the maintenance work being done at the boatyard bringing in revenue to help support the nonprofit programs.

“Very few boats are built locally anymore,” says Bill Edinger, president of the Spaulding Marine Center. “Most of today’s boats are manufactured in factories. But we just built a fleet of small sailboats called San Francisco Bay Pelicans, and we built those here almost completely.” Roomy and stable, these vessels are considered great for children to sail, and it might just be the younger generation that the center most needs to connect with. In particular, they’re hoping to reach aspiring marine industry craftspeople with their boatbuilding apprenticeship, Boatworks 101.

“The marine industry is in dire need of new workers,” says Edinger. “The majority of workers are ready to retire, so we’re looking for younger people who are ready to be in the industry for a long time.”

The apprenticeship lasts 15 months, with the cohort spending the first nine months training at Spaulding’s boatyard, exploring a variety of tasks before rotating through partner employers for the rest of the apprenticeship. “There’s a lot of young people where college isn’t appropriate, and this is a wonderful career path where they can learn good hand and tool skills that can still be taken elsewhere if they decide they don’t like the marine industry,” adds Edinger.

Functioning as both a nonprofit and as a historic, active boatyard, Spaulding also serves as an educational center for the community. There are workshops for people who own boats, sailing summer camps for kids and weeklong boatbuilding workshops where people can build small k