How One Man’s Journey to Sobriety Inspired ReThink Ice Cream 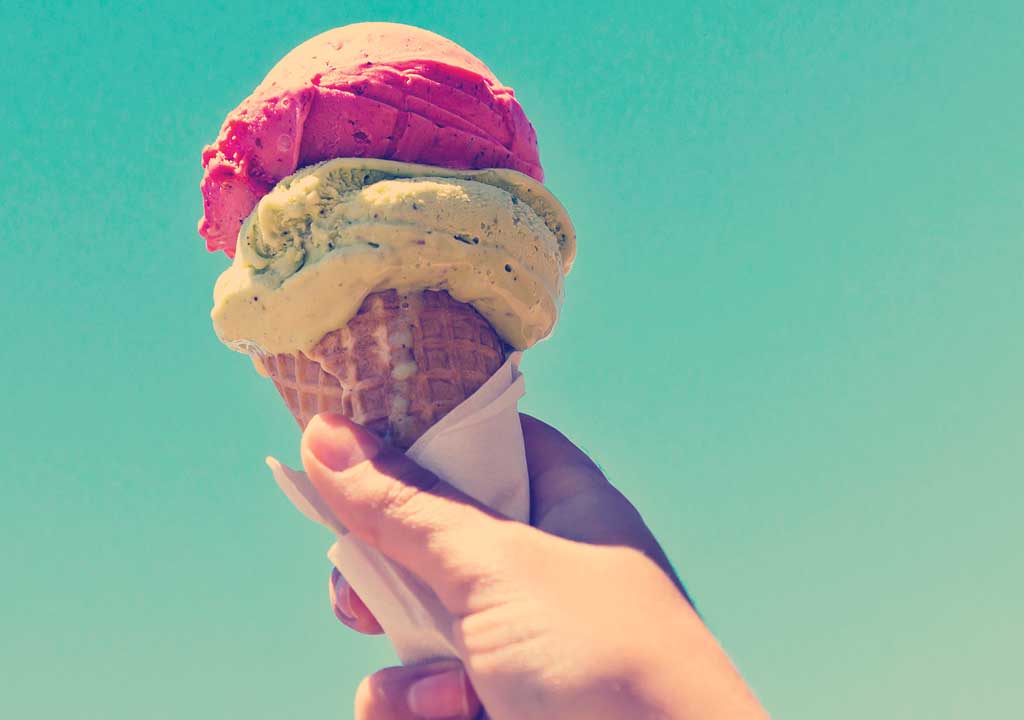 With phrases like “sober curious,” “dry January” and “mocktail movement” entering our lexicon, many of us are examining our own relationship with alcohol. To say that Covid exacerbated this relationship is an understatement. And for many who work in the hospitality industry, where an after-work drink is practically a given, there is an added risk of becoming an alcoholic.

George Haymaker, founder of ReThink Ice Cream, began his career working in food and beverage at the onetime prestigious (but now defunct) Stouffer Hotel Group. He spent eight years with the company and worked his way up to the director of food and beverage. Eventually he moved on and worked for The Counter Custom Burgers for 12 years (initially in Santa Monica), and he is now a partner in the Corte Madera franchise. During this time, he also became an alcoholic.

“The thing about addicts is that we don’t do anything halfway — there is no shut-off valve,” says Haymaker, who was drinking two bottles of vodka and taking as many as 50 pain pills a day before going to rehab.

“After coming out of rehab at the Alta Mira Recovery Program in Sausalito, I started really focusing on the foundation of my recovery,” adds Haymaker. He discovered that he was substituting his dependence on alcohol with eating ice cream, or, more specifically, with sugar that he was no longer consuming in alcohol. “Addicts just replace one addiction with another — smoking, caffeine, sugar,” he admits.

Eventually Haymaker’s love for ice cream caught up with him — he gained weight and his general health began to suffer. He didn’t want to give up his favorite dessert, so he began searching for a lighter alternative that still had the rich and satisfying textures and flavors he enjoyed. He came up empty-handed so he decided to make his own and began experimenting with a basic ice cream recipe. He worked with a food scientist who helped him perfect the flavor and texture he wanted, and eventually he started selling his ice cream at local farmers markets in and around Napa (the company started in San Rafael and has since moved operations to Napa). Before long he had eight flavors, and in one short year this healthier indulgence (it is low-glycemic certified) was in 200 stores in the Bay Area.

Haymaker points out that addiction to alcohol and to sugary ice cream have an important thing in common — both are about seeking an experience that brings joy and comfort. “There were things that happened to me earlier in life that made me uncomfortable in my own skin — however, even as a child I could always find comfort and joy in a bowl of decadent ice cream.”

Not only does he see his product as a healthier individual choice, he is also committed to improving the health of his community and, in his words, “building resources in the process to help others.” Along with being a sponsor for many in recovery, he has also been a big supporter of local education and has made generous contributions to SPARK, which raises funds to protect valuable school programs, and Sierra Wildlife Rescue over the years.