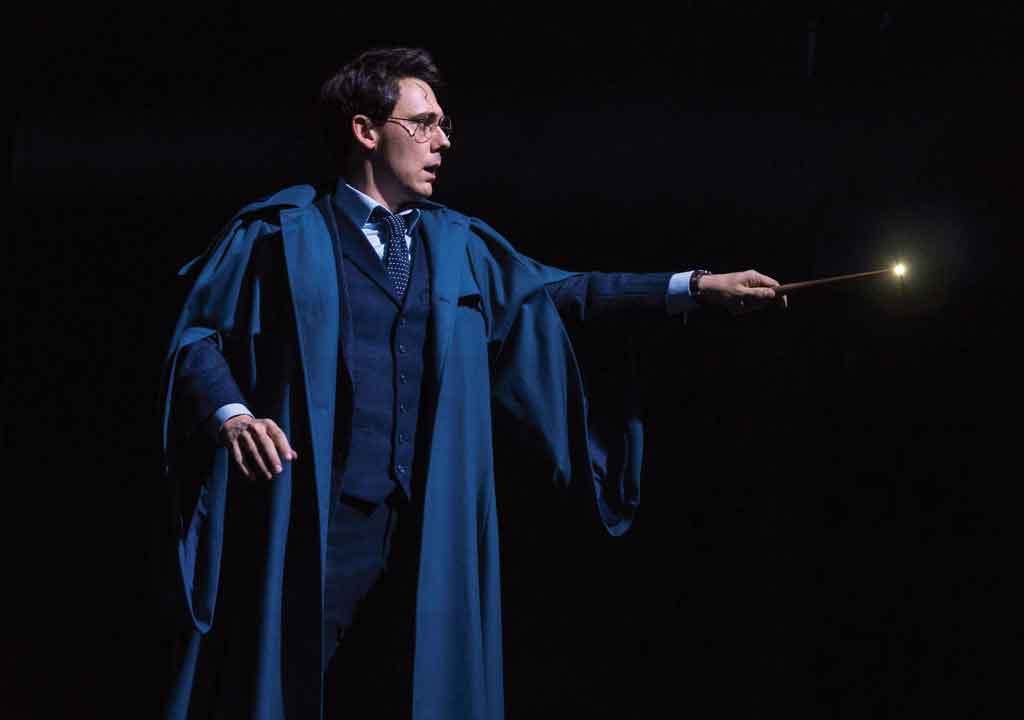 For Minneapolis-born actor John Skelley, getting the role of a lifetime — bringing the beloved character Harry Potter to life in the Tony Award–winning play — came with a big homework assignment.

“I had to quickly read all the books because I had never read them. I had seen the movies so I was kind of a casual fan,” says Skelley, who debuted as Harry Potter on Broadway on a Saturday, auditioned for the San Francisco company on a Sunday and found out he landed the part that night. “I breezed through the books and finished the seventh one two weeks before I first performed it.”

But no wave of a magic wand could prevent a global pandemic, so after only a few months of performances, everything stopped in March 2020. “Everyone in the entertainment industry felt the pain of that,” Skelley says, adding that he is excited to see the show finally return to the stage January 11 (it runs through September 4) at the Curran. “It’s really changed my perspective about what it is I’m doing. It just means that much more to me now to play and become Harry Potter.”

The show, which had been previously staged as a two-part event and is now a singular experience, picks up 19 years after the end of the last book and movie and features Harry and Ginny and Ron and Hermione bringing their own kids to platform nine and three-quarters to go to Hogwarts. “I think the exciting thing is to see Harry as a parent now, having not grown up with parents himself, and navigating the difficulties of what that means,” Skelley says. “That provides a really great acting challenge.”

Challenge aside, playing Harry Potter comes with a pretty big perk. “I grew up watching David Copperfield and I love getting the chance to do magic,” he says. “The first time I saw the show my mind was so blown by what I was seeing. I couldn’t believe that I was going to get to do what they were doing onstage.”

Skelley says he thinks about the fans’ love for the character every time he takes the stage. “I feel a sense of responsibility to the fans of the books and the movies and want to bring that character to life with real integrity,” he says. “But it’s also just so exciting when the lights go down and the announcement starts.”

In a production like this it is understandably hard to pick a favorite moment, but Skelley says for him one might be when the characters drink