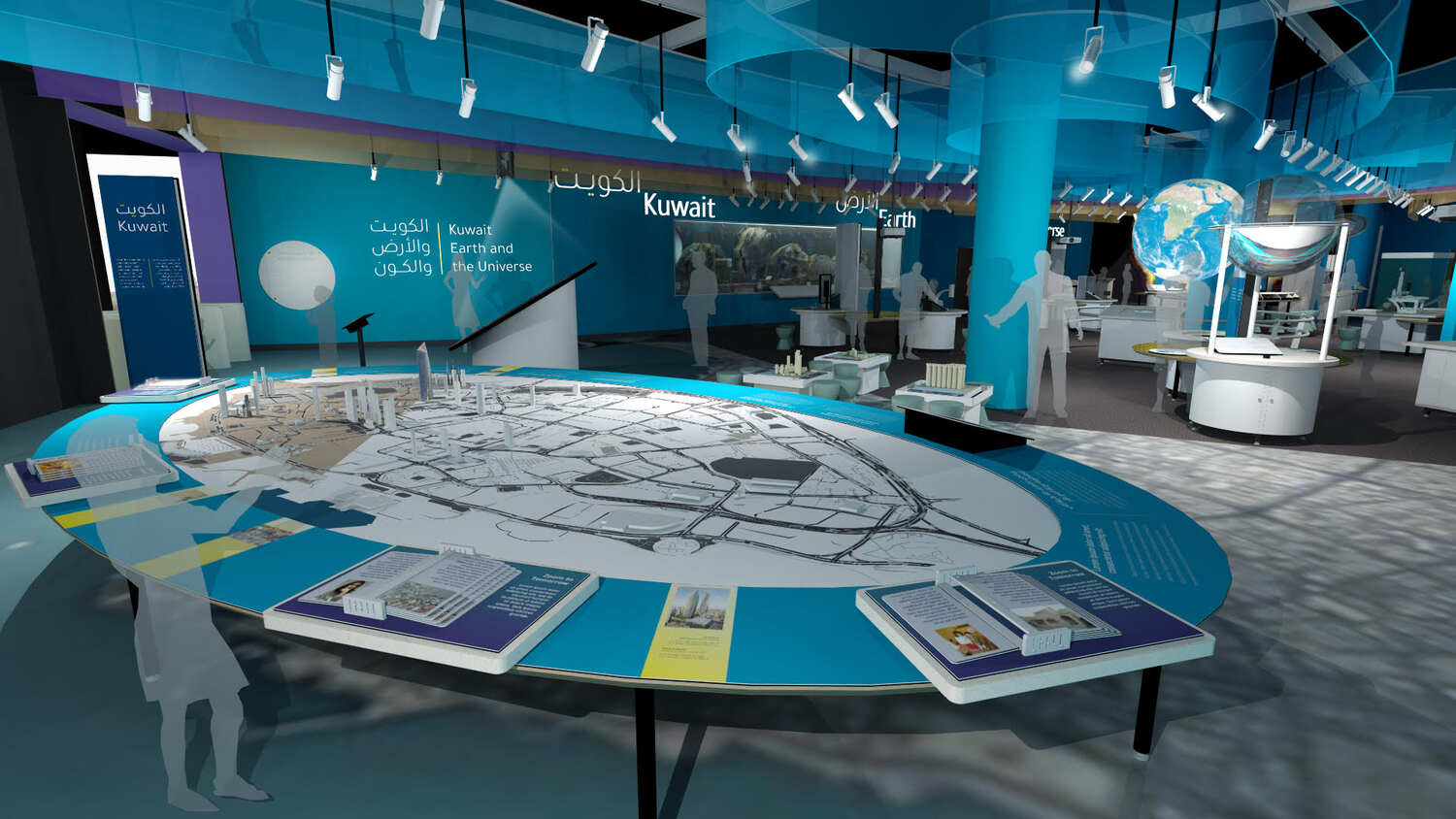 A rendering of Kuwait, Earth, Universe (Photo courtesy of Exploratorium)
by Caitlin Hamer

Since it first opened in 1969, San Francisco’s Exploratorium has been a famed destination for children and lifelong learners alike. A museum unlike most others, it’s where science and art intertwine to inspire curiosity and understanding through hundreds of interactive, explore-for-yourself exhibits. And since its mission is to “create inquiry-based experiences that transform learning worldwide,” it should come as no surprise that there’s a special team at the Exploratorium that’s sharing the museum’s knowledge and experience around the world.

The Exploratorium has provided exhibits to museums and institutions for years, even collaborating on some local projects in San Francisco, but when it launched Global Collaborations in 2012, it expanded the museum’s reach to engage a variety of partners in planning, design and development. Since then, it’s had more than 50 national and worldwide partners, ranging from museums and libraries to hospitals and universities. Some of the team’s most recent and notable partnerships include the Scientific Center of Kuwait, SESI Lab in Brazil, Kiewit Luminarium in Omaha, Oakland’s Chabot Space & Science Center, the Smithsonian in Washington, D.C., and the Science Centre Singapore.

“It’s exciting to be working in close partnership with people all over the world,” says Anne Richardson, senior director of Global Collaborations. “It keeps us connected to communities in other places and we learn a lot through these relationships.” Fittingly, many of Global Collaborations’ partnerships were inspired by visits to the Exploratorium, with the museum’s interactive learning approach encouraging future partners to reach out so they could bring that experience to their own communities.

“Our exhibits offer direct experiences with phenomena of the world,” explains Richardson. “Visitors try things, ask questions and build their own understanding of how the world works. Our partners are seeking that, and that’s something that resonates with them.”

In some cases, Global Collaborations is brought in to help create new exhibits for already established organizations, but sometimes this can include partnering with an organization for a project from the ground up, from conceptual planning and design to the opening and beyond. It can mean thinking about the content of the galleries and exhibits, but also considering the structure of a visitor’s experience and developing educational programs. It’s also vital to the Global Collaborations team that each partnership is grounded in the local community. And they achieve that by collaborating with these communities, embarking on an inclusive development process and bringing together diverse voices to build a place and culture that feels relevant and meaningful. A prime example of this can be seen in the partnership with SESI to develop SESI Lab, Brazil’s new center of learning, which opened in Brasília in late 2022.

“We worked very closely with SESI’s educational team to co-develop the learning goals and programs for SESI Lab,” says Richardson. “Another interesting thing we did was collaborate with a lot of local Brazilian artists to bring artwork into the space. We were interested in the integration of science, art and technology.”

The Exploratorium’s dedication to curiosity, inclusion and lifelong learning are an integral part of how Global Collaborations approaches each new project, but the team also hopes it’s a key outcome of every interaction with an exhibit. “The idea that people can explore the world around them and learn about it and understand it is something that is relevant to any place in the world,” says Richardson. “And to strengthen their own identities as learners and feel confident about their ability to learn about the world around them, especially right now, is deeply needed.”