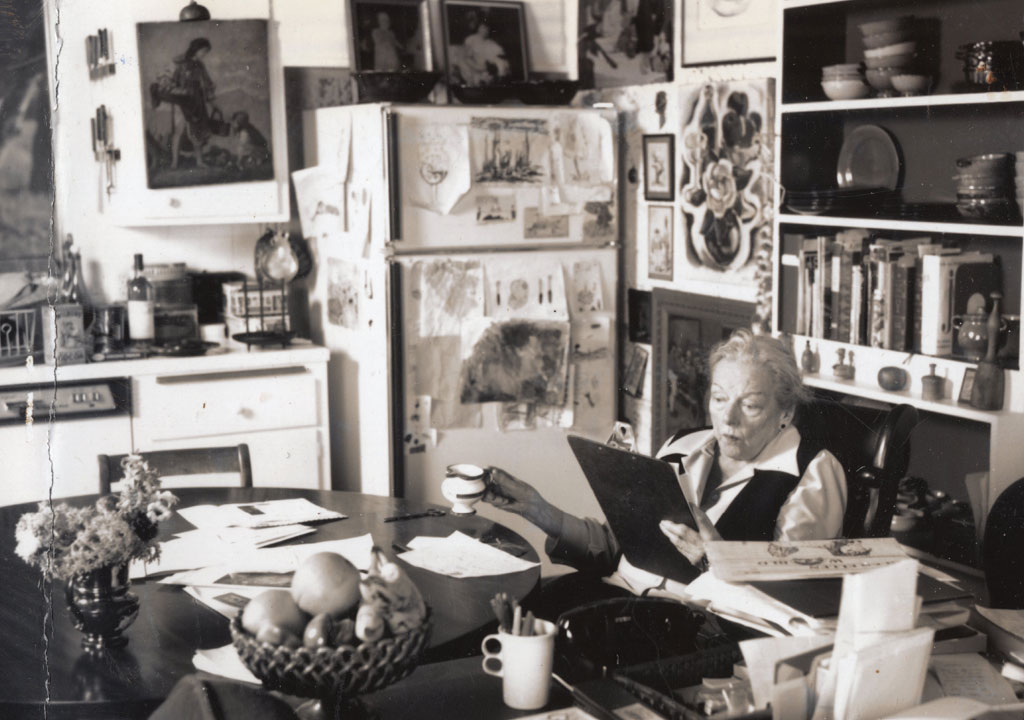 When Filmmaker Gregory Mark Bezat was given an assignment from Sunset Films, a part of the then flourishing Sunset magazine empire, to film and interview renowned food writer M.F.K. Fisher in 1981, he jumped at the chance. The person he met that day in her famous “Last House,” an adobe-style home situated on the Bouverie Preserve in Sonoma’s Glen Ellen, proved to be endlessly fascinating.

“I was knocked out by her; she really made an impression on me. She was flirtatious. She was bright, caring,” Bezat says about that meeting, where he enjoyed lunch and wine at a table that had also welcomed such guests as Julia Child, James Beard and Maya Angelou. “And at that time, I thought, ‘You know what? This woman, we should make a film about her.’ ”

Although the footage filmed that day was lost to time, Bezat finally started on the project in earnest in 2017. And there was plenty of new film to shoot, as luminaries like Alice Waters, Ruth Reichl, Anne Lamott, Jacques Pepin, Tanya Holland, John Ash and more were eager to talk about the food-writing pioneer who penned more than 30 books during her lifetime (1908–1992). The film, The Art of Eating: The Life of M.F.K. Fisher, which has the blessing of the Fisher estate, debuts at the Mill Valley Film Festival on October 11.

Fisher, who married three times and divorced twice, lost a beloved brother and her second husband to suicide, raised two kids as a single mother, and battled the sexism of the publishing industry, lived a complicated life but always found a way to keep writing. And the inspiration for all that prose started after she savored a life-changing nine-course meal at Aux Trois Faisans restaurant in Dijon, France (the restaurant still advertises the fact that Fisher and her first husband discovered French food there).

“Dijon is the center of France and it’s the center of their agriculture; it’s an old city, and she saw, before this term even existed, slow food. It was Old World,” Bezat says, adding that Julia Child and Alice Waters, who was heavily influenced by Fisher, started their careers after having similar experiences in France. “You buy your food at the little market; you cook it — there was no such thing as fast food or convenience food.”

It was some of that erotic imagery that fooled the executives at Harper & Brothers, who published Fisher’s first book, 1937’s Serve it Forth, into thinking she was a man — she deliberately used the gender-neutral initials M.F.K. (her name is Mary Frances Kennedy) to entice them into meeting with her. “They were expecting a man and in walks this elegant — she was very beautiful — tall, lanky woman and they were just flabbergasted,” Bezat says. “One of the things I really deeply admire about Fisher is that she didn’t give in to the societal pressures to be ‘a woman,’ meaning she wasn’t secondary to a man — she stuck to her guns as a writer and she’s a great inspiration to so many.”

The 45th Mill Valley Film Festival runs from October 6 to 16. The Art of Eating: The Life of M.F.K. Fisher premieres October 11 at 7 p.m. at the Christopher B. Smith Rafael Film Center in San Rafael.