What is Gua Sha and Should You be Practicing? 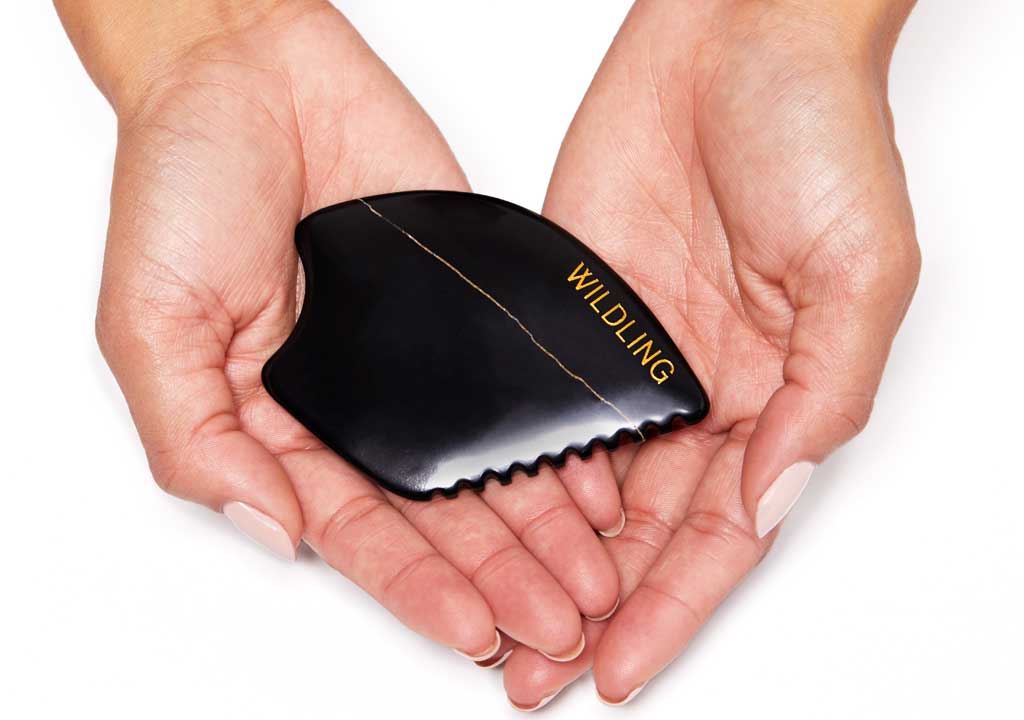 Let’s set the record straight — gua sha (pronounced “gwa shah”) has always been popular, it’s just that the Western world and wellness industry are only cottoning on to it now. This 700-plus-year-old practice is rooted firmly in traditional Chinese medicine (TCM) and can be found in medical texts dating as far back as the Ming dynasty (1368–1644).

So why the sudden interest? “Self-care across the board is trending and people are participating in skin care routines at younger ages, largely because of social media,” says Gianna De La Torre, L.Ac., co-founder of Wildling, a California-based brand specializing in gua sha products.

“Gua” comes from the Chinese word for scraping and “sha” refers to the purple or red spots, known as petechiae, that appear on the body as a result of the scraping (a more gentle approach is taken on the face so petechiae is not an expected effect). While gua sha can be done all over the body to stimulate blood flow, release toxins, help with lymphatic drainage and more, for our purposes we are going to focus on gua sha for the face.

The scraping is done with a flat stone that has both rounded and straight edges. The tool is moved in various patterns all over the face, and the practice is meant to be a slow, almost meditative endeavor. While you can find these stones made of materials like rose quartz and jade, Wildling uses the traditional Bian stone.

“Bian stone is one of the original pillars of Chinese medicine; it was one of the OG healing stones,” says De La Torre. “It was created when a meteor struck a mountain in China millions of years ago and the cosmic impact created a stone that has a measurable ultrasound pulsation and far-infrared wave.”

Unlike with Botox, fillers and similar treatments, results from a regular gua sha practice are not immediate, but rather accumulate over time. We live in a culture of instant gratification and so this approach to antiaging skin care may not appeal to some, but the results are real, less invasive and much cheaper than visiting a med spa for injections. And perhaps more interestingly, according to TCM, by hiding the natural signs of aging with things like Botox, we may be masking telltale signs about our health.

“I see the westerner approach to antiaging as more of a cover-up of something natural that’s happening,” says San Francisco–based Anna Hsieh Gold, L.Ac. “It seems that in the West everyone is striving to be eternally youthful, and that’s not the way antiaging works in nature. It’s not the way that it works in holistic medicine,” she adds.

Practitioners of TCM learn to recognize meridians and pathways that are used to indicate health or imbalance, and Gold argues that by trying to erase or hide the natural signs of aging, you are also erasing the natural indicators of imbalances in the body (according to Chinese imbalances lead to illness and disease).

Healthy diet and sunscreen aside, inevitably what is going on inside will show up on our skin. Whether that is dullness, inflammation, uneven skin tone, breakouts, fine line or wrinkles, it’s a given that imbalance will rear its ugly head — and one of the best ways to combat the problem? You guessed it, gua sha.

“Stagnant lymphatic fluid in the skin causes puffiness, inhibits detoxification and makes the skin heavier and more prone to sagging,” says De La Torre. “Gua sha lifts, plumps, tones, sculpts and brightens the skin while reducing the appearance of fine lines and wrinkles. You can treat the entire body by addressing the face, so you’re actually opening the flow of qi in throughout the body when you practice gua sha on the face and the neck.”