This Marin Vintner Just Made His First Rosé 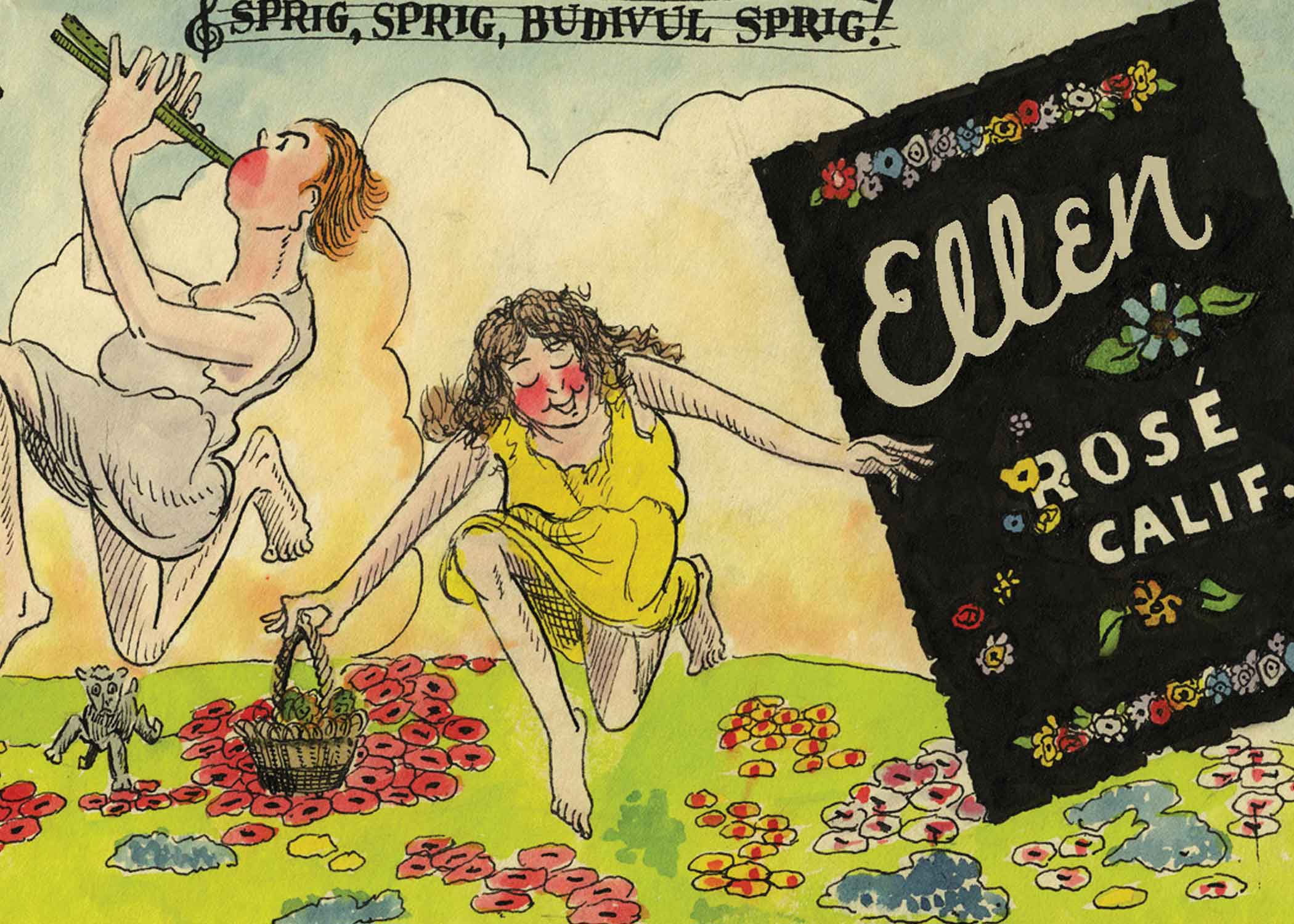 Patrick McNeil’s limited-edition wines include this new rosé. The art is by his grandfather.
by Daniel Jewett

When Patrick McNeil’s grandfather Joe started sending romantic notes and colorful illustrations — he was a commercial graphic artist working at Schmidt Lithography Co. (known by the famous clock tower by the entrance to the Bay Bridge) — to his grandmother in the late 1920s, he never could have guessed that the envelopes would eventually become wine labels.

“A wine label has to be authentic; it has to be real because people can tell the difference,” McNeil says. He started putting his grandfather’s correspondence — which includes 50 envelopes that are now housed at the Marin County Free Library’s Anne T. Kent California Room — on the bottles of wine he and his dad began making in 2003. “I thought: our story and my family are more rooted, more colorful, and more entertaining on paper than anyone else I could imagine working with.”

McNeil is not kidding. Even before his grandparents were married at the endlessly photogenic St. Mary’s Church in Nicasio in 1928, both of their families were some of the town’s first residents post–Gold Rush — his grandmother, Ellen Redding, was born on the town square in 1899. Shortly after getting married, the couple moved to Los Angeles, where McNeil’s father was born.

His father joined other Los Angeles professionals who made the move north to Napa in the 1970s and got into the wine business — McNeil’s father teamed with Carl Doumani in purchasing Stags’ Leap Winery in 1970. In 1977 his grandmother returned to the family ranch in Nicasio, where McNeil’s Aunt Martha still lives. McNeil moved from Napa to Lucas Valley in 2019 and started his winery and delivery business, Wines That Deliver, named after a circa 1900 receipt reading “Goods Delivered to Any Part of Marin County” from his great-great-grandfather’s Nicasio butcher shop (it’s still there). “After I was born, I took my first steps in Napa at Stags’ Leap,” he says. “That was my hook in terms of growing up, going to Napa and the fabled old ghost winery, the smell of the cellar floor.”

Tired of delivering wine from other businesses, in 2015 McNeil began sourcing and making his own. “I have a combination of local sources and other connections and relationships from being in the wine business for so long, which is great,” he says. “I have the benefit of incredible vineyards in Marin County, Paso Robles, Napa and Lodi. Which gives me a lot of flexibility.”

As for rosé, McNeil says making one was inevitable and summer is the perfect time to drink it. “It’s the first time I’ve made a rosé and it is actually from one of my favorite vineyards in Paso Robles. It’s a pure California-style rosé,” he says, adding that it came out so well he plans to make it every year. “I’ve always wanted to make a rosé because of that envelope art you see on the label, which is just one of my favorites. It is perfect — it needs to be on a bottle of rosé.”