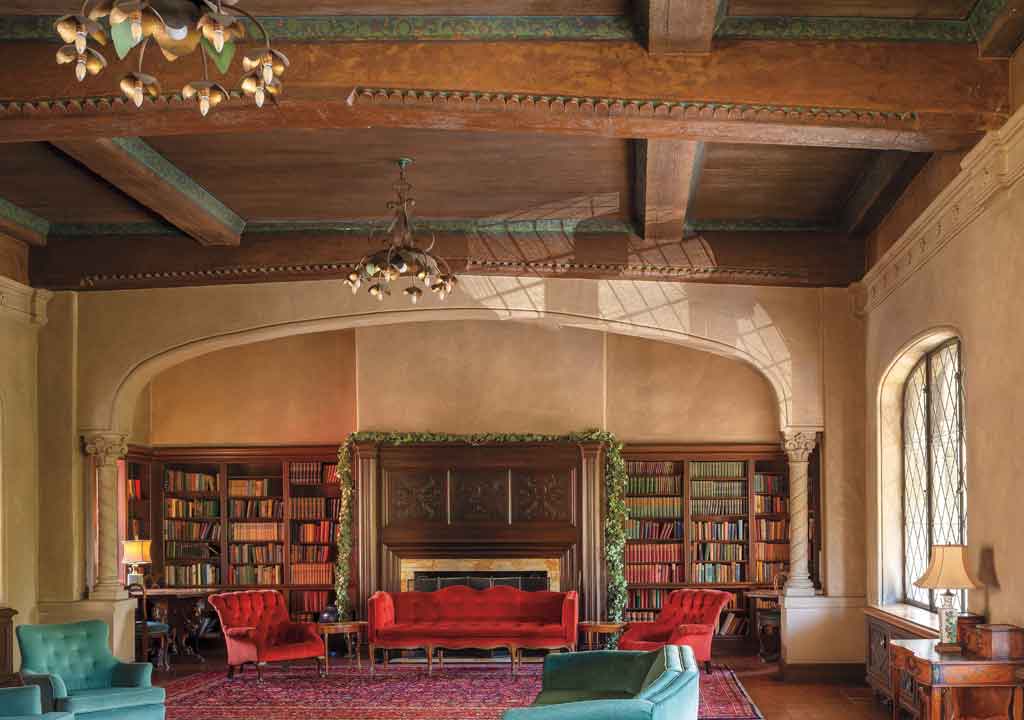 During the past several years both critical and popular regard for Julia Morgan and her architecture has skyrocketed. One reason for this expanding interest: the American Institute of Architects’ decision to posthumously award her their highest honor, the Gold Medal, as their first-ever female recipient. No longer is she associated solely with Hearst Castle at San Simeon — the vast and glamorous country house she designed for William Randolph Hearst in the 1920s and 1930s. Julia Morgan is now justly celebrated for her work in its entirety. Over the first half of the 20th century, she designed an estimated 700 structures throughout the western United States. They vary widely in purpose (schools, churches, office buildings, clubhouses, hospitals, stores, modest family dwellings and grandly opulent estates) as well as in architectural style. In the 1960s and 1970s, when modernism was in its ascendancy, critics either ignored her or derided her for not having adopted one signature style of her own. Today she is acclaimed for her skill in employing disparate styles, and for her steadfast commitment to creating buildings that met the needs of each individual client. Julia Morgan’s designs are all alike in one way. Large or small, they exemplify the three characteristics propounded by the ancient Roman architect Marcus Vitruvius: firmitas (strength), utilitas (functionality) and venustas (beauty).

Excerpted from Julia Morgan: An Intimate Biography of the Trailblazing Architect by Victoria Kastner, published by Chronicle Books, 2022