The Art of Van Gogh Comes to Life 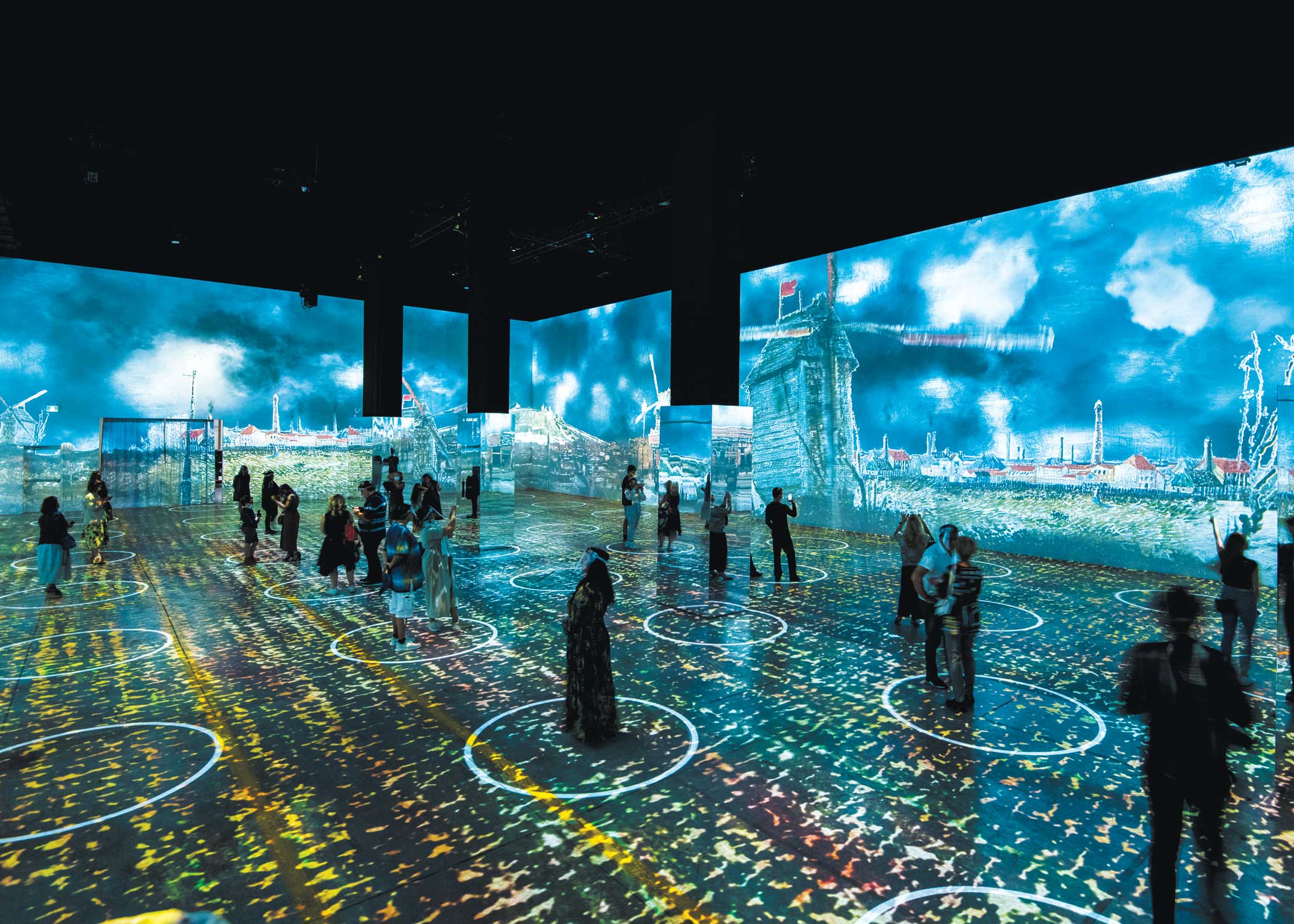 When Toronto producer Corey Ross, whose companies have brought shows like Potted Potter, Evil Dead The Musical and Champions of Magic to the U.S., began looking for a place to stage his new venture, Immersive Van Gogh, he knew finding the right venue would be key. In this case, having access to the ballroom of the former Fillmore West made bringing the show to San Francisco a no-brainer.

With Immersive Van Gogh millions of pixels and 300,000 cubic feet of projection will fill every corner of the massive ballroom with Van Gogh’s art, including the hall’s arches, pillars, floor and roof structure. More than 400 of the famed Dutch painter’s creations were licensed from museums around the world and then deconstructed by the show’s creator and creative director, Italian film producer Massimiliano Siccardi, and reassembled in a looped animation that is projected in the space. All this is choreographed to mood-setting music by Italian multimedia composer Luca Longobardi.

“It sits somewhere between an exhibition of art, an experiential show and film,” Ross says, adding that Siccardi’s concept is to imagine what Van Gogh would have seen flash before his eyes the moment before he died. “The first thing I was struck by when I saw Massimiliano’s work in Paris is that this could be the future of movies. Here the pieces are massive, projected on a 50-foot wall, and you are inside the art so you see technique in a way that you’ve never seen it before, the way the brush strokes are, layers of paint. Stars twinkle, clouds float by and sunflowers sway in the breeze — it’s really quite moving.”

After seeing Massimiliano Siccardi’s similar Van Gogh show in Paris, where some 2 million people experienced it, Ross signed a deal to bring updated versions of the show to Toronto, San Francisco and, later, to Chicago. Of course, Covid hit right in the middle of the Toronto production, which led to safety measures being implemented that will apply in San Francisco when the show opens March 18 (it will run through September 6). Along with the art projections, circles are also projected and when visitors enter, they choose a circle to stand in. As the show unfolds attendees stand in their circle and start looking above, below, behind and in front to take it all in from their current perspective. When ready, guests move to a new socially distanced circle and continue the journey from a different angle. Once in the space attendees are free to spend as much time as they would like inside — most spend about 50 minutes (there is a second show called Route 66: The Trip included).

“It’s an exciting way to see the art and an interesting experience that I think is what everyone needs these days because we have been so deprived,” Ross adds. “People walk out just amazed.” As for why Van Gogh is a good subject for the show, Ross says it has to do with Siccardi’s love of the artist’s work, but adds that the choice seems particularly relevant in today’s times. “I think people can relate to the struggles that Van Gogh had,” Ross says. “He spent a lot of his time in isolation, which speaks to the times we are in. And yet here we are 150 years later loving and enjoying his art that’s become world renowned.”