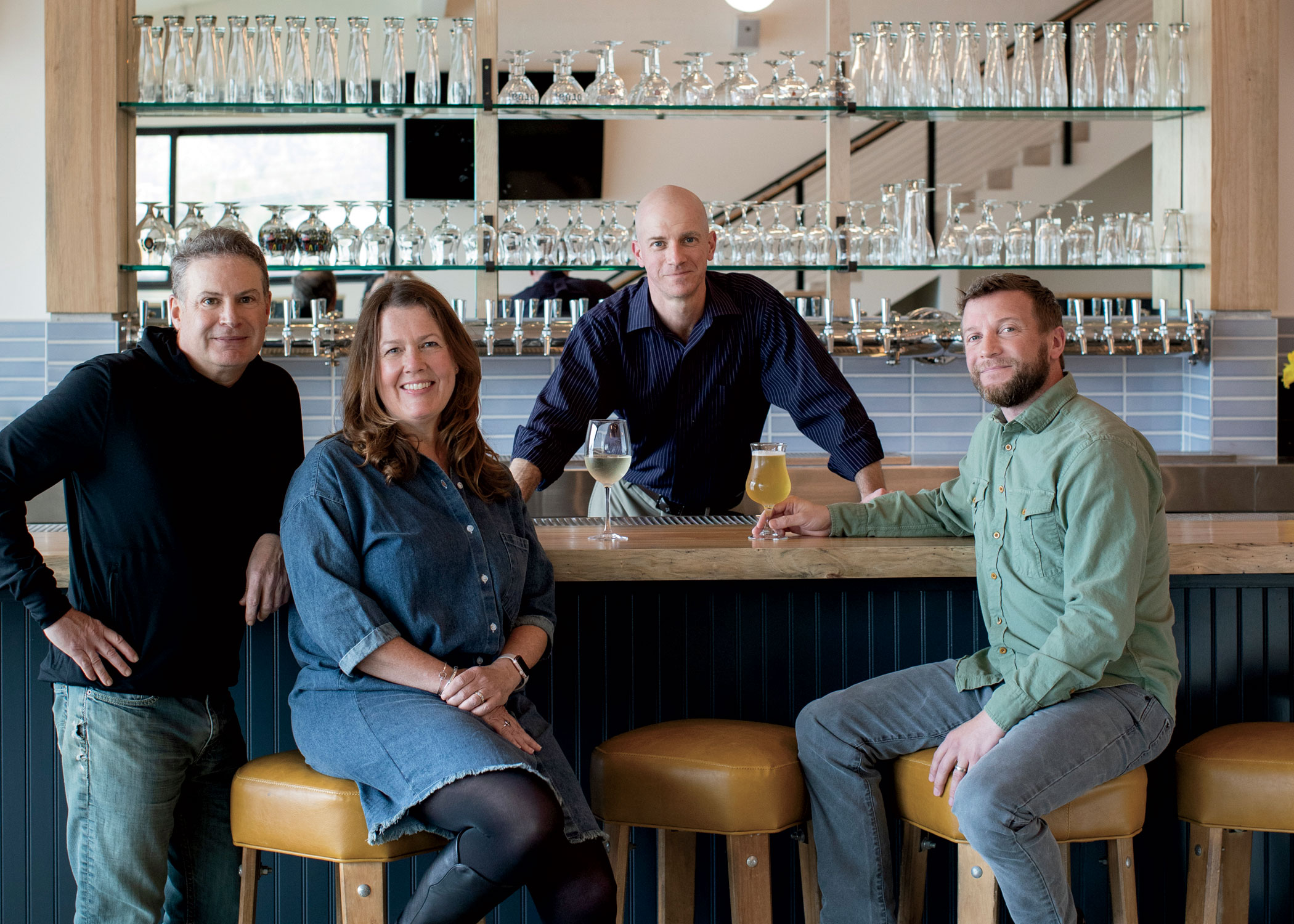 When Christian Albertson moved to San Francisco in 2003 to be with a girl — now his wife — he met at his Boston college, the former brewpub manager soon realized that nobody in the Bay Area was really doing a true, quality beer bar. He mentioned to his friend Nat Cutler that he was thinking of opening his own beer bar and Cutler said, “I’ve always wanted to do that.” So in December 2007 the two — Cutler handling finance and Albertson managing beer and food — opened The Monk’s Kettle in the Mission District, offering hard-to-find premier Belgian and French beers and much more. It was an instant success.

“We were crazy busy,” says Albertson, who saw the premier beer scene immediately explode with both San Francisco’s La Trappe and Oakland’s The Trappist opening a mere six weeks later. “We were overrun with business; it was more than we ever could have imagined.”

A handful of years later, a Terra Linda couple, Jeff and Allison Jordan, opened the second iteration of their North Beach restaurant, Giordano Bros., right across the street and became friends with Cutler and Albertson. At the couple’s prodding, the long-held idea of expanding Monk’s Kettle became a real possibility. “We feel really, really good about the concept and feel like it could work anywhere,” Albertson says about the Terra Linda expansion. “They know the area really well, so we can cater to the neighborhood itself. It kind of all came together.”

After much looking and a few failed attempts to land the right spot, the four partners finally settled on buying a building that once housed a martial arts studio. And with that — throw in a pandemic and a three-year effort to get permits and build out the location — Terra Linda finally gets its 4,000-square-foot family-friendly tavern. It sports 86 seats inside and 60 outside, 30 taps featuring local California beers (wine, cider and kombucha will also be on tap) and kitchen favorites like the popular burger and house-made mustard and pickles (there will also be a kids’ menu). It opens May 1.

“An American tavern is not really what you have in that area right now,” Albertson says. “We hope to be a real gathering place for families.” He points out that changes in the beer industry have made filling his beer list much easier. “In the old days, for saisons you’d have to go to France, you’d have to go to Belgium for the sours. Now you can get all of that within 50 miles of us — my concept is to have an excellent option for every single style and now I can fill that whole list locally, and it is all excellent.”

As for the response from the local residents, Albertson says it’s been overwhelmingly positive. “Every time we are in there working people are stopping by saying ‘Thank god, you guys are here.’ It’s been really, really nice.”

Some customers might also feel a bit of nostalgia when going to the new Marin Monk’s Kettle. “We have a lot of people, they lived in the city and they used to go to the one in the Mission,” Albertson says. “People who dated at our place in San Francisco say they can’t wait to come in with their kids.” Prost!

Anderson Valley Brewing Company
The brewery has announced the opening (in phases) of a 30-acre dog- and family-friendly Beer Park with sporting activities, mobile food and drink carts, outdoor stages and much more. 17700 Boonville Road, Boonville

East Brother Beer Company
Although it is in Richmond, this venture was started by two Mill Valley neighbors with a passion for beer. See what all the fuss is about. 1001 Canal Boulevard, Richmond

Gestalt Haus
After a bike adventure, visitors like to park their rides in the adjacent outdoor public seating area and refuel with German sausages and very large beers. 28 Bolinas Road, Fairfax, 415.721.7895

HopMonk Tavern
Dining in the beer garden is back with delicious beer and food. Marinites are counting the days until live music also returns. 224 Vintage Way, Novato

Iron Springs Pub
Indoor dining is back at 25 percent capacity and, while the outdoors is also open, BYOB is encouraged — blankets, that is. 765 Center Boulevard, Fairfax