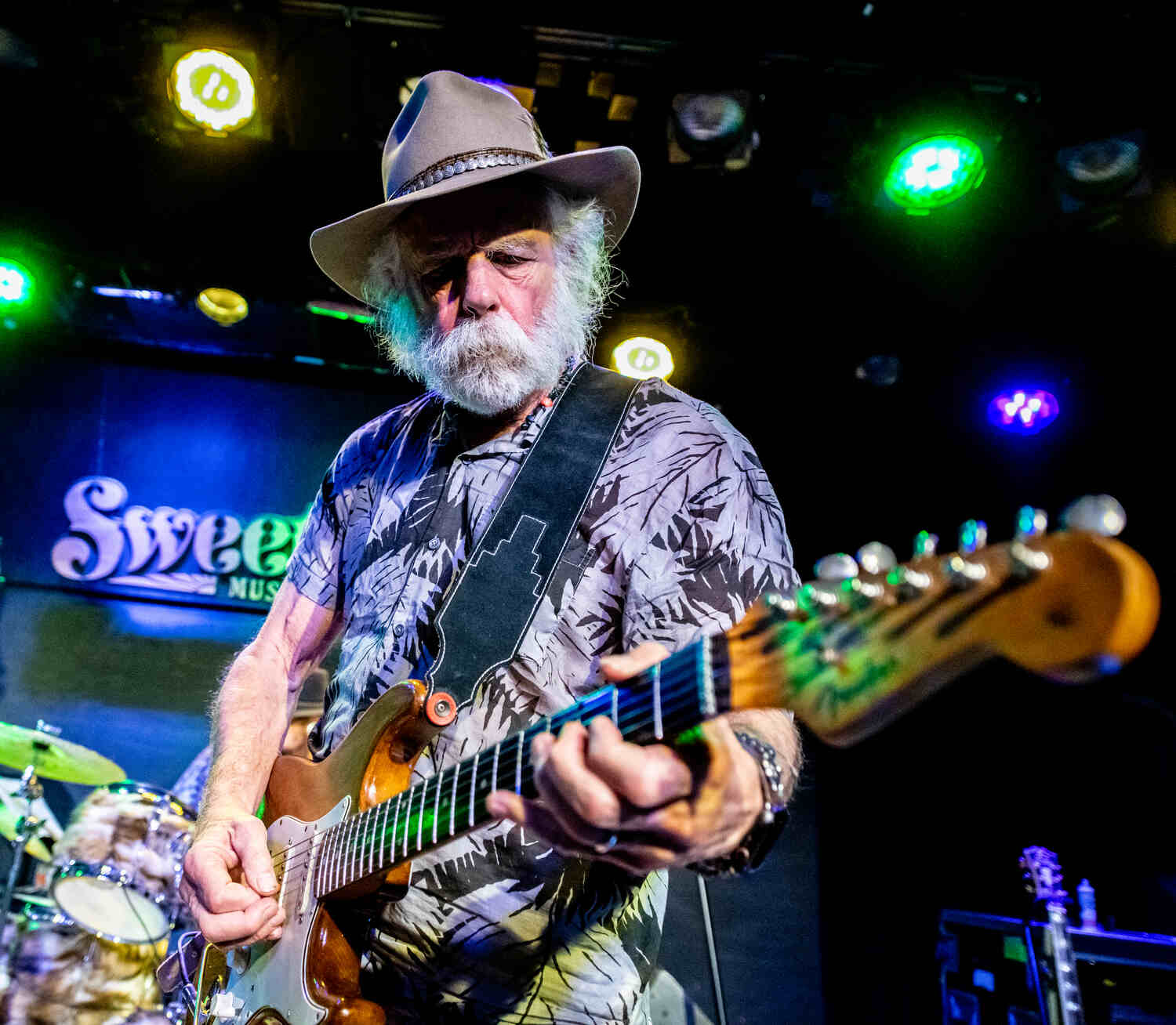 When hours and hours of film, VHS tapes, cassette tapes, photos, flyers and posters representing the early history of the Sweetwater Music Hall were recently donated to the Lucretia Little History Room at the Mill Valley Library, Sweetwater general manager Maria Hoppe knew the venue had to do something special to celebrate it.

As the library began to digitize the contents of the boxes, which represent the personal archives of former Sweetwater owner Jeanie Patterson, Hoppe and Sweetwater talent buyer Chris Porter put their heads together to see how they could celebrate the venue’s storied place in American music history (the venue got its start in 1972 at a 90-seat watering hole then located on Throckmorton Avenue).

“The donation really sort of triggered in my mind, ‘Oh, wow, we have to do something with that. That’s huge,’ ” Hoppe says. “What’s a milestone that we could build that around? And then someone said, ‘Well, you know, it’s going to be 50 years.’ ”

And with that lightbulb moment, planning and booking for the 50th anniversary celebration — to be held during the entire month of November culminating in a November 17 all-star benefit concert featuring Bob Weir & Friends — was underway.

When a respected venue like the Sweetwater comes asking, Porter found he didn’t have to do much persuading: acts like Weir, Austin De Lone, Jules Broussard, Bonnie Hayes, Tommy Castro and Ramblin’ Jack Elliott were eager to be a part of it. Hoppe said the idea was to book acts that had experience at the venue. “We really wanted to try to make as many of the shows as possible be with artists that had a tie to the old Sweetwater, even if they played there only once or twice,” she says. “Obviously, it starts with Big Brother and the Holding Company — no explanation needed there.”

“Sweetwater Music Hall has a long and great history in Marin. I have many memories, old and new, of playing there,” says Big Brother drummer David Getz. “It has always been a special club where local musicians and bands really want to play and where we want to invite our friends and fans to hear us.”

Another who is eager to take the stage in November is guitar phenom Charlie Hunter, who first played Sweetwater as a teenager. “Hard to believe it’s been 40 years since I played the original Sweetwater,” says Hunter, who will be performing with Garage A Trois. “The ‘now’ Sweetwater kind of ties it all together for me.”

Hoppe says that the music venue, which closed at the old location in 2007 and then reopened around the corner in 2012, is obviously a musicians’ favorite, but it is also a fan favorite. “We are not just a venue, we curate. Everything we bring, whether you’ve heard of it or not, whether you listen to that genre normally or not, you know is going to be an exceptional show,” Hoppe says, adding that people enjoy the wide variety of music at the Sweetwater that includes rock, blues, reggae, bluegrass, R&B and soul. “The audience, our local residents, will sometimes just come because there’s something on and if it’s here, it must be good.”

If getting bands was relatively easy, bringing in community partners was even easier. “I literally didn’t have to wrangle anything,” Hoppe says. “If you say, ‘November is the 50th anniversary of the original Sweetwater,’ everybody’s just like, ‘Yeah, count us in.’ ”

And that list of partners and related events is remarkable and includes just about every aspect of Mill Valley life. The Mill Valley Library and the Mill Valley Arts Commission will be involved, art and pop-up exhibits will be in place throughout Mill Valley, Equator Coffee and Pond Farm Brewing will offer tribute collaborations, and there will be a coffee-table book spotlighting local rock photographers’ Sweetwater images (including images from the November celebrations), all topped off with a 50th anniversary poster by celebrated artist Stanley Mouse.

But for Hoppe, the best part of the anniversary is how it is also bringing together the people of Mill Valley, and how that made planning an event this complex much easier. “A lot of people stepped up to volunteer their time, to brainstorm or use their connections to tap into other organizations,” she says. “It’s not just a music story, it’s a big part of the history of Mill Valley.”