Showcasing the Best in Auto Racing at Velocity Invitational 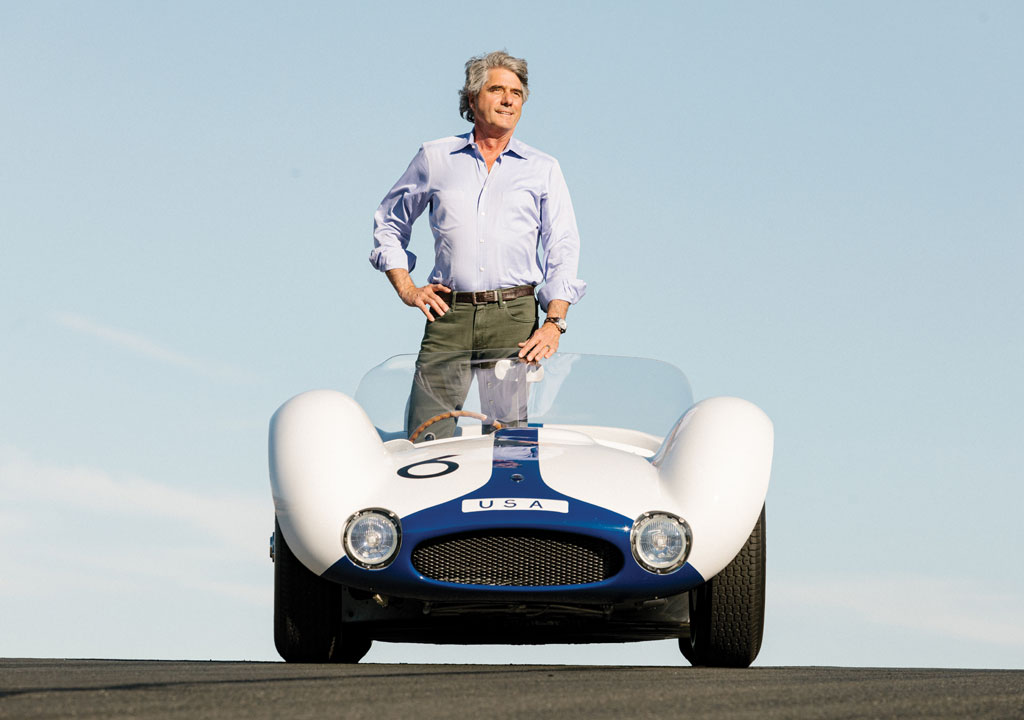 While he may be best known for his success in the wine industry, Jeff O’Neill has been busy devoting himself to something else Californians are passionate about: cars. Specifically, he’s put together an event dedicated to showcasing the finest in racing and sports cars. Back for another year, his event, Velocity Invitational, is introducing a new generation to a hobby that many Marinites have enjoyed for decades.

“I grew up going to car races with my father,” says O’Neill. “This set the hook and I was always fascinated with racing and dreamt about getting behind the wheel of a legendary race car.” Eventually, he leaned into this love and purchased one for himself: a 1957 Maserati 250F Formula One car. Today, he also owns a 1938 Atalanta and a 1969 Parnelli Jones Boss Mustang.

Inspired by the motorsport festivities at the Goodwood Estate in England, O’Neill decided to make something similar for California. “I thought it was time to create a new environment that wasn’t just designed for a gearhead and a driver,” he says, adding that he also hoped to give people a safe place to run and race their historic cars as originally intended. “We wanted a wonderful, entertaining and unique environment to have guests young and old enjoy the sights and sounds of fabulous cars.”

O’Neill’s first version of this event, which debuted in 2019, was dubbed Sonoma Speed Festival and held at Sonoma Speedway; 220 period racing cars with authentic racing history hit the track that year. In 2021, the event moved to the iconic WeatherTech Raceway Laguna Seca in Monterey County and was renamed Velocity Invitational. It returns to Monterey this year and takes place October 14 to 16. Guests can expect to see the top racing and sports cars the world has to offer from the likes of Ferrari, Porsche, McLaren, Bugatti and others. But they can also look forward to seeing autonomous vehicles and electric vehicles, as O’Neill is particularly interested in showcasing technological advances in the automotive industry.

“Every year, cars show the development in whatever the latest technology is,” O’Neill explains. “If you can show everybody the progression, it’s a fascinating history of where we’ve come from.”

The races and the displays of cars are naturally the main draws, but Velocity Invitational goes the extra mile by also offering first-class food and wine. For those already familiar with O’Neill’s company, Larkspur’s O’Neill Vintners and Distillers, it should come as no surprise that wine is featured prominently at the event. A “Wine Experience” ticket can be purchased, offering visitors the chance to enjoy live entertainment and tasting booths featuring local wine, spirits and food vendors, all at the Sip and Savor Pavilion.

Races will be organized by groups and classes, with classes including sports and touring cars; Grand Prix and Voiturettes racing cars; production sports cars; FIA sports and prototypes; and historic Trans Am. There will also be a Minis vs. Mustangs night race, which was a hit in 2021. “We created curated grids that reflect the period races those cars competed in, rather than a mishmash of anyone who has paid the entry fee,” says O’Neill.

Last year’s Velocity Invitational saw much success; there were 13,000 people in attendance, while a livestream reached well over 45 million households. But O’Neill knows that even in this digital age, you can’t beat being there in person. “There is nothing like the personal interaction and then seeing these cars up close,” he says, adding that races are a full sensory experience: “You go to see it, hear it and smell it.”