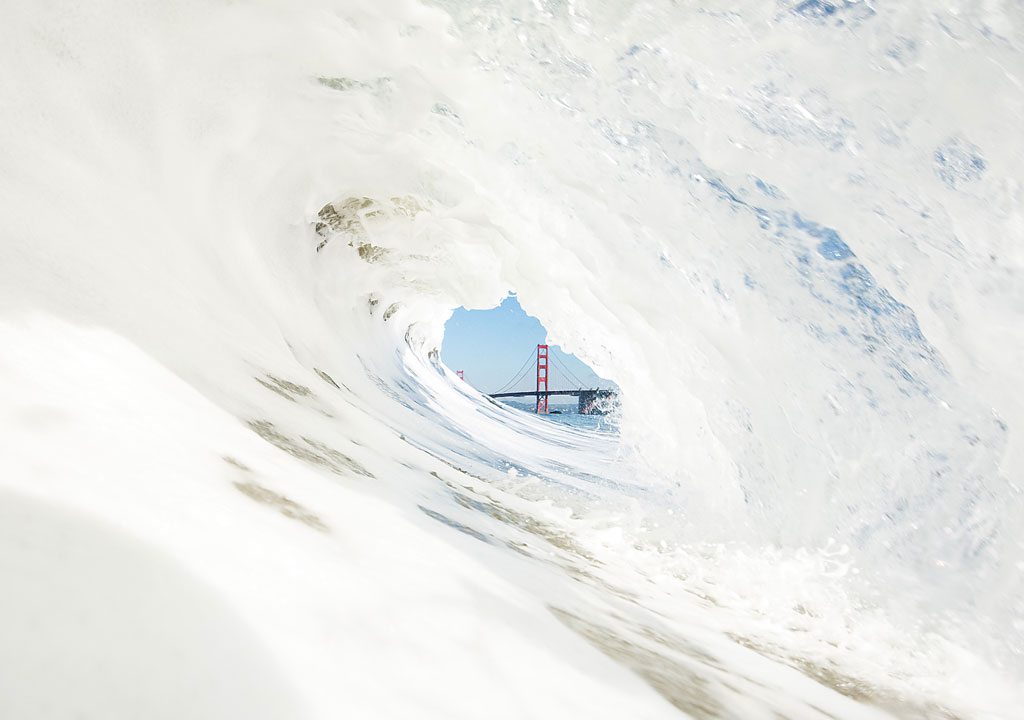 The summer sun draws people toward the sea. Rodeo, Muir and Stinson beaches are warming up and becoming weekend destinations where beachgoers plant umbrellas to shade picnics and take refreshing dunks in the ocean. While beach trips are situated among the coast’s sand dunes and intermittent coves, local photographers are looking to bring the ocean that extends far beyond into focus, too.

The ocean around Marin is one-of-a-kind, even for photographers who have traveled coastlines around the globe. Offering unparalleled access, the coast has an atmosphere of remote ruggedness. “The Northern California coast is just special,” says Marin-based underwater photographer Brent Durand, who grew up around the beaches of Southern California. “The energy of the ocean is wild, it’s bigger and rougher. I’m drawn to that, that feeling of adventure and exploration.”

Durand gains access to the ocean’s wonder through photography in combination with scuba diving skills. “One of the reasons I love diving on the North Coast is that sometimes you find a huge underwater feature you never would have thought existed, like a big 40- to 50-foot wall covered in white Metridium anemones,” he says.

Durand’s photography requires a keen sense of observation to read the ocean and light, anticipate ecosystem features, and be in position to take the best wildlife photos possible. In particular, his work is bringing attention to kelp forests, a foundation for marine ecosystems on the California coast. Achieved via scuba diving excursions from Monterey and Sonoma County coasts, Durand’s photography is a testament to environmental changes that might not be on the radar of people living and visiting just miles away from these undersea forests.

“The obvious changes are a lot less kelp forests and also less abalone. The further you get north, the more abalone there should be, but they’ve basically been dying off since about 2014,” says Durand. Bull kelp (Nereocystis luetkeana) beds extending north from Marin, and the diverse organisms they support, have faced staggering declines over the past decade with shifts in ocean conditions, sea star die-off and a resulting profusion of purple urchins that mow down kelp forests when left unchecked. In an April edition of the New York Times this year, one of Durand’s photos of bull kelp was featured alongside a piece on the vulnerable state of California’s kelp forests, just one example of his photos highlighting these important underwater ecosystems for the public at large.

Back on the surface, surf and landscape photographer Jack Bober captures ocean swell moments that are otherwise lost in the blink of an eye. Bober, who grew up in Marin and graduated from Redwood High School, has long been drawn to places beyond the shore. After ex