Sausalito’s Iconic Record Plant Is Back in the Groove 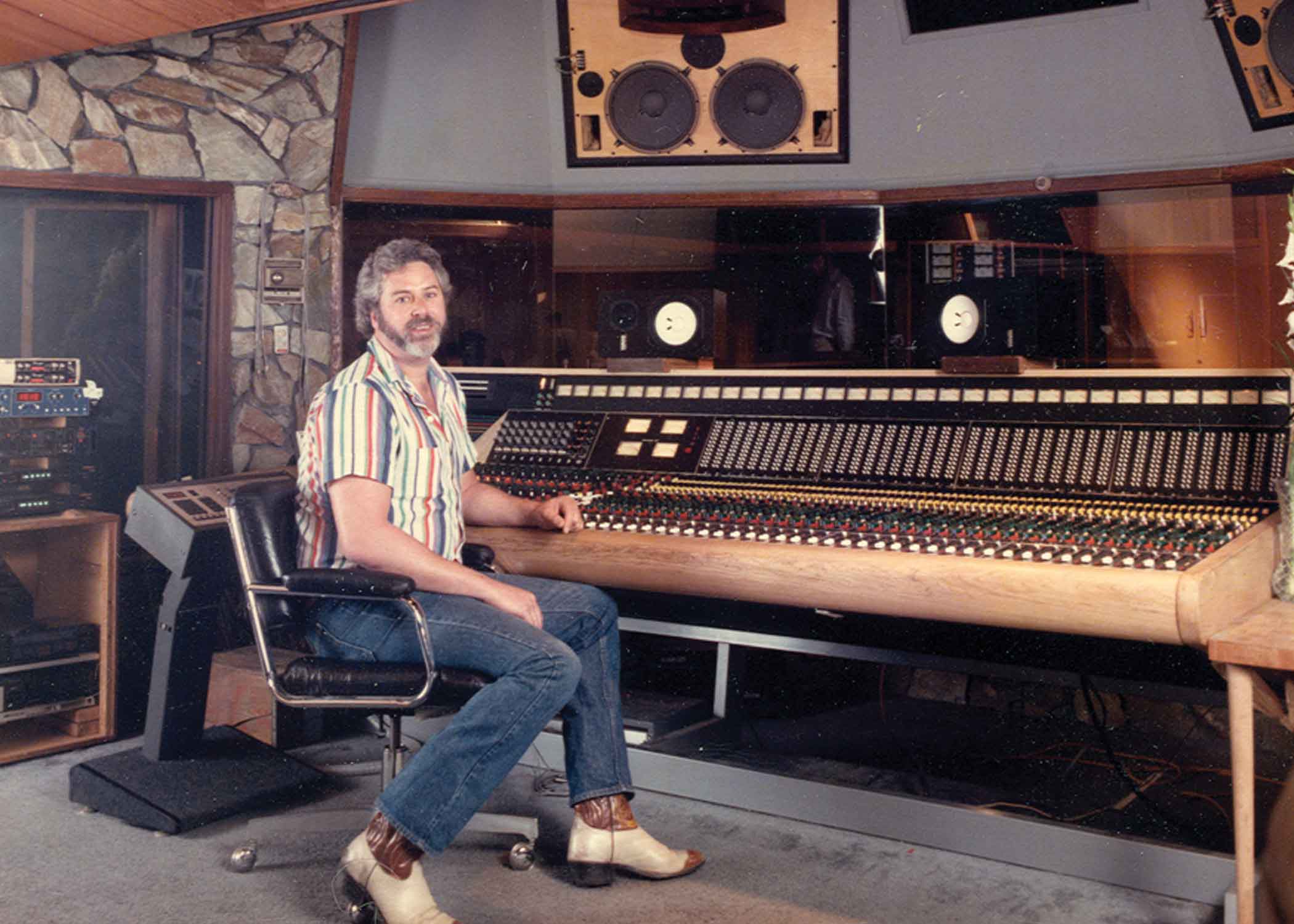 Grammy-winning producer/engineer Jim Gaines in Studio A at the Record Plant in the 1970s. (Courtesy of Record Plant)
by Daniel Jewett

Stevie Nicks was getting a little bored as the rest of Fleetwood Mac were doing overdubs for their new album on that day in 1976, so she went into a different room and started banging out chords on Sly Stone’s electric piano.

“Suddenly she came running down the hallway and burst into Studio B and says, ‘Guys, guys, stop everything, I just wrote the best song I’ve ever written,’” says engineer-turned-producer Ken Caillat about the recording of the classic song “Dreams” for Rumours, routinely called one of the greatest rock albums of all time. “I was sitting right there; you just get chills thinking about it.”

As he describes the scene, Caillat is pointing to the exact location where this magical moment and many more happened. Acts like Huey Lewis, Prince, Metallica and Aretha Franklin all made records at 2200 Bridgeway, home of the Record Plant.

So it makes sense that Caillat would want to save it. “I did my book signing here (Making Rumours, published in 2012) and it was just sitting here, the light bulbs were all burned out, and nobody was putting any money into it,” he says. “And I started thinking, I’m going to get a phone call one day and hear it has burned down.”

Caillat and about 14 other partners, including film financier Frank Pollifrone, didn’t ever want to get that call, so they started trying to buy the building. They went into escrow no less than four times over the years until they finally closed on the studio in March 2020 — right before Covid-19 closed everything down.

“We started to think, are people even going to record anymore? Of course they are going to record, people can’t stop being creative,” Caillat says, “but it did take a lot of leaps of faith.”

As the crew starts getting the studio, now called the Record Factory, ready, a few choice purchases have ensured that the classic sound the building is famous for will still be possible to re-create. When the also-legendary Fantasy Studios in Berkeley went out of business in 2018, the team purchased all the old gear including control boards and more than $100,000 worth of vintage microphones. And much to Caillat’s delight, they have also made plans to purchase Neil Diamond’s vintage API engineering console, an almost exact duplicate of the one Rumours was recorded on.

But Caillat says the magic comes from more than just the equipment. “Sausalito is such a great city; the vibe is perfect. And I don’t know what’s going on with these rooms, but they just make me feel like singing or recording something,” he says. “We’re going to try and be as good as Abbey Road. We want to be the Abbey Road of the United States.”

Frank Pollifrone agrees with that sentiment and says the whole experience, through its many highs and lows, has been life-changing. “Ken Caillat is an icon that codified the sound of my generation as a teen. So it’s difficult at times, in my head, to embrace him as someone who’s become a friend and brother — but he is and that’s very special to me.”

Caillat insists that he wants to give the musicians time to soak in that historic ambience and make a really good record. “With Rumours we had 12 months, but today the label gives you five or 10 days in the studio,” he says. “If a band can only afford a week we might say, ‘Why not take a month, and you’ll make it up to us somehow.’ You’ll start to hear the difference in the quality of stuff that comes out of here.”

The team also plans to offer tours to the public and even classes in everything from singing in tune to engineering. “I want to have kids come in and hit Mick Fleetwood’s drums and hear what a real big-time drum kit sounds like,” he says. “I want kids to go ‘Dad, I want to do that’ and the dad’s going to say, ‘Me too.’”