San Rafael’s Salon B Welcomes All 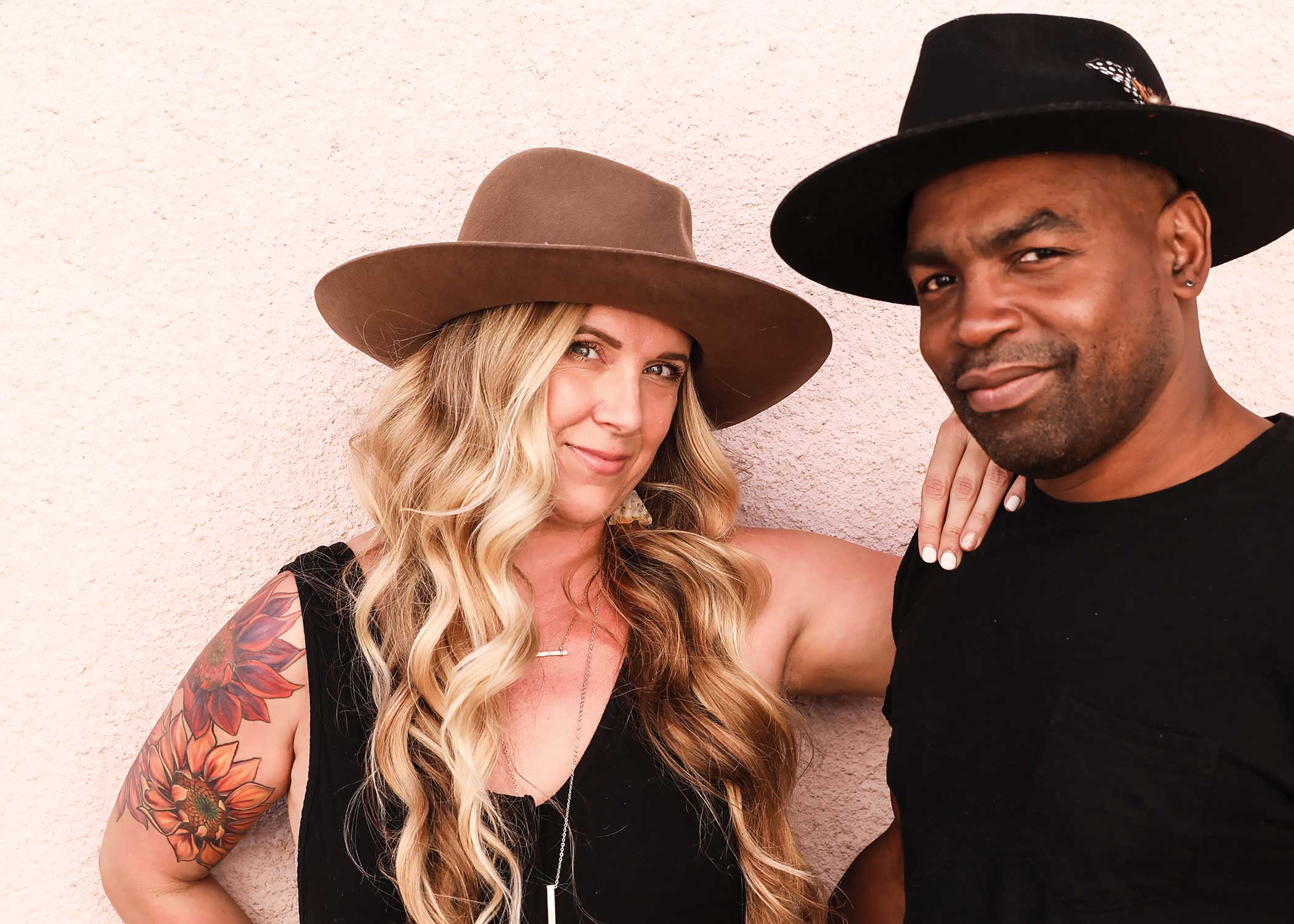 For Bisham Bullock, who grew up in Marin City, the path to becoming a local salon owner, a certified master colorist and stylist, and a community leader began almost by accident.

As he was walking by a beauty school on Fourth Street in San Rafael, an instructor noticed him peeking in the door. “I had never thought about being a hairdresser or doing hair,” Bullock says. “But an instructor saw me and said, ‘You know what? I think you’d be a great hairdresser.’” She followed that up by telling Bullock that the county was offering regional occupational scholarships.

Bullock decided to take advantage of the opportunity and began his education in all things hair. “I seemed to be naturally gifted, and loved the social aspects of it,” he says. He used the scholarship to complete beauty school and earned his license, soon finding himself immersed in a new world at one of the “biggest and fanciest” salons in San Francisco, diPietro Todd.

But it wasn’t a perfect fit. “I’m an African American guy learning how to do mostly Caucasian and Asian hair and not doing any Black hair at all, and I wasn’t feeling super great about myself.”

Bullock learned as much as he could there and then moved on to Shylocks of Fifth Avenue in San Rafael, where he got a deeper understanding of hair color, and started enrolling in elite education programs at Redken in New York, TONI&GUY in Texas and Wella in Los Angeles. After a few years of “getting my feet wet and trying to figure out who I was going to be in the industry,” Bullock opened a small salon on Fourth Street in San Rafael in 2008, met his wife, Amy, helped put her through beauty school and eventually moved across the street to a bigger space that Salon B occupies today.

It was in this location, which Bullock and his wife helped design, that new skills and a real sense of community began to develop. The first step was to take advantage of their street-facing storefront to offer more retail and even the salon’s own hair care line. But they didn’t just feature their own products. “We were getting inspired by going to makers fairs around the Bay Area and we decided to bring some of them into the salon,” Bullock says. “We also decided to have a little makers fair right at the salon and it was a big hit, attracting 200 people.”

During the pandemic Bullock and his wife also got more involved in political movements after the murder of George Floyd and other Black and brown people, and Bullock began connecting with others, inspiring them to vote and speaking out, including at a protest in front of the San Rafael police station. “It was the first time that I kind of spoke out loud, as a community person and as a businessperson, and spoke my truth about how it is to live, work and own a business as an African American person in San Rafael,” he says.

And in the end, it is speaking truth and offering a safe place to do it that means the most to Bullock and his wife. “We’ve always been helping people in the community, always been striving to be a safe space for everyone — rich, poor, Black, white, Asian, Latino, it doesn’t matter,” Bullock says. “If you’re a good person and honest and straightforward, you’ll get the same when you come to Salon B.”