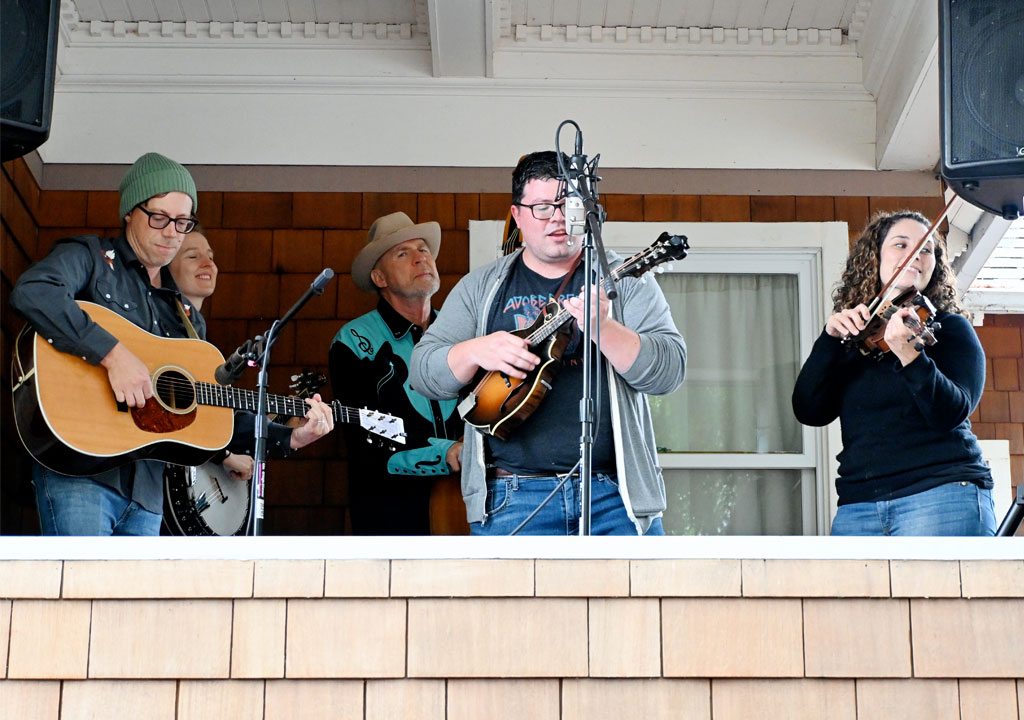 After two highly successful PorchFests, and a long pandemic due to Covid-19, the Gerstle Park neighborhood of San Rafael held its third Annual San Rafael PorchFest on a rainy Sunday afternoon on September 18, 2022. Despite on-and-off rainstorms, PorchFest brought thousands of music lovers together to listen to more than 60 musical acts playing on porches throughout the neighborhood. Held in one of San Rafael’s oldest and most cherished neighborhoods — Gerstle Park — the event featured dozens of musical acts, including Danny Click, Zach Rogue (of Rogue Wave), Delphi Freeman, LoWatters, Marin County Breakdown, NyteSkye, Trio Viva and more. Attendees brought their umbrellas and stomped in their rain boots, while wearing smiles as they wandered through the neighborhood streets listening to an eclectic mix of musical acts. Originally conceived in Ithaca, New York, in 2007, PorchFest is a nationwide phenomenon. It’s an all-volunteer, family-friendly, free event that brings communities together to celebrate music and creativity. Gerstle Park Neighborhood Association (GPNA) put on the event, pulling together a committee who worked round-the-clock to plan the event, not to mention overseeing dozens of day-of volunteers who donated their time. True to the spirit of PorchFest, all performers play at the event for free, too. The fourth San Rafael PorchFest that will take place in September 2023.