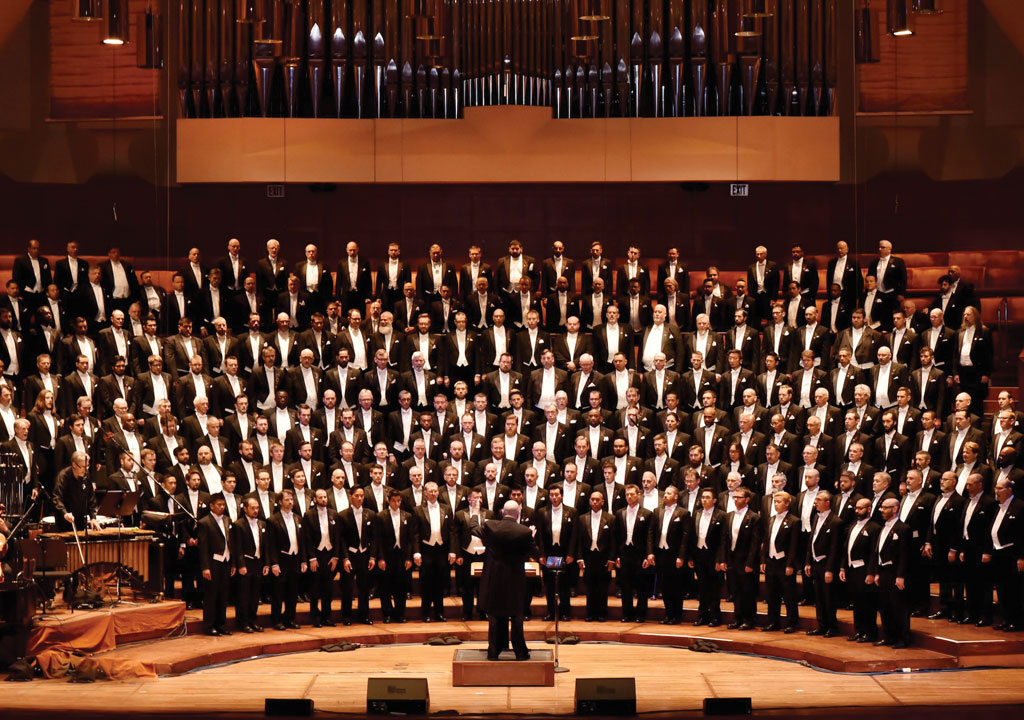 After more than 11 years leading the San Francisco Gay Men’s Chorus (SFGMC) to new heights as artistic director, Tim Seelig is retiring in July. But in keeping with the chorus’ tradition of always going big, he’s not leaving without conducting one last epic concert — this time bringing in the San Francisco Symphony and the Oakland Interfaith Gospel Choir to join with the chorus at Davies Symphony Hall on July 13.

“It’s going to be big,” Seelig says, laughing, then adds that the idea came to fruition after the symphony’s Jeffrey Jordan and SFGMC’s Chris Verdugo resumed pandemic-delayed plans to work together and decided that the time was right to focus on honoring Seelig’s service to the gay community. They asked him, “How would you feel about the San Francisco Symphony presenting the chorus for your final concert? Of course, I fell to the floor. For the first time in my life I was speechless.”

Seelig’s long road to this night began when he was living in Dallas and came out at age 35 after being married and having two kids. It was 1987 and he had no idea that there was such a thing as a gay men’s chorus, but soon discovered that the Turtle Creek Chorale was looking for a conductor. “I auditioned for the job and started with a small, dysfunctional, codependent and bankrupt chorus. We were a perfect match,” he says.

After 20 years there, Seelig stepped down and, as fate would have it, began flying out to serve as an SFGMC guest conductor for a ’60s-themed show at Davies Symphony Hall featuring Joan Baez. Soon after, he was offered the job full time.

“I didn’t know if I had it in me to climb one more hill,” says Seelig, but in the end “a job as the artistic director of the SFGMC — the grandfather of the movement — was just too intriguing to me.”

The SFGMC set the tone for that movement (that now includes hundreds of gay choruses across the nation) in 1978 when it debuted at the candlelight memorial for the assassinated Harvey Milk and George Moscone. “I think it cemented for the chorus that they would forever spend equal energy, time and focus on mission as they did on music,” he says, adding that a recent video of the chorus singing an Irish blessing for the victims of the mass shooting in Uvalde, Texas, has more than one million views. “People are hungry for a voice in the wilderness of comfort and hope that is not religious.”

The show will be divided into two parts, the first with the symphony and the second with the Oakland Interfaith Gospel Choir, as the two organizations celebrate the fifth anniversary of their joint road trip to the South that seemed imperative after Donald Trump won the presidency. A documentary of that Lavender Pen Tour, one of Seelig’s proudest moments as leader of the chorus, won the Documentary Audience Award at the 2019 Tribeca Film Festival.

For Seelig, one of the best parts of the upcoming concert has been putting together the musical program. “We have a music input committee but, of course, I have veto power,” he says with a grin. “When I started selecting my favorite pieces from these eleven-and-a-half years I had a list a mile long; the hard part was cutting it down. We have excerpts from a couple of the commissions that we’ve done, and I then divided it into blockbusters with a symphony. And yeah, they’re big.”

Seelig says he is looking forward to the concert, when people from all over the country will come to hear the SFGMC, many for the first time, but it is going to be a little nerve-wracking. “We get to practice with the symphony orchestra from 3 to 5:30 on the day of the show. It’s walking a tightrope with no safety net,” he says. “That’s the biggest fear: we pass out the music to the symphony and it doesn’t work. There’s always that risk, but we’ve taken great care to try to make sure that doesn’t happen.”