Rob Willer Is Seeking a Solution to America’s Political Divide 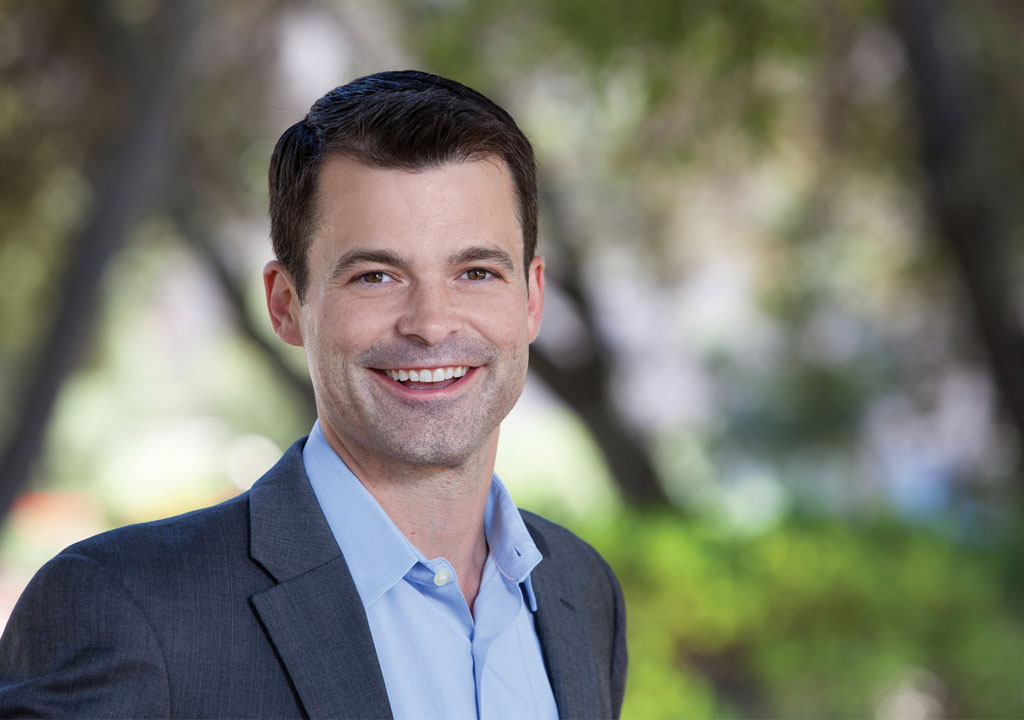 Americans struggling to find balance in a politically fractionalized country might one day look back and be thankful that Robb Willer finally had enough of delivering pizzas and washing dishes and decided instead to follow in his father’s academic footsteps and become a professor at Stanford.

Willer, who is professor of Sociology, Psychology and Organizational Behavior and leads an innovative Polarization and Social Change Lab on campus, says Stanford was the best choice because it was where he could really scale up his research.

“We have two camps of people [Democrats and Republicans] that are deeply entrenched in their views and have strong animosity towards each other,” he says. “And I understood that if I wanted to work on those problems, I was going to need to study that really specifically and up-close.” Realizing that polarization is blocking social progress in the United States, he decided to look for ideas to counter it and, in the process, chose to include 31,000 of his closest friends.

Launching the Strengthening Democracy Challenge two years ago, he and his team began asking the public for “interventions” they thought could serve to cool the political temperature. “What we did was try to set up a sort of tournament structure, in an experiment where we could crowdsource ideas from many, many people for how to effectively intervene on Americans’ democratic attitudes and partisan animosity,” he says. Expecting 50, they instead received 250 ideas that came from all types of people in 17 different countries.

The next step was to run a massive experiment, likely the largest of its kind, that would expose an equal number of Republicans and Democrats to one of the 25 selected interventions (or none, providing for a control group) and see if it changed their attitudes.

“This design allowed us not only to compare what does experiencing these 25 interventions do to people on average, relative to not intervening with them at all, and being able to compare them against each other,” Willer says, adding that the experiment is almost complete and he’ll be able to reveal the most effective ideas at TEDxMarin. “So it’s a bit of a horse race structure where we can say ‘which of these ideas work and which of these ideas work the best’ — and that’s something that prior studies couldn’t do.”

Arguing that Americans are the most divided they have been since the Civil War, he says the problem appears to have started at the elected-officials level. “If you look at graphs of voting in Congress, you can see Democrats or Republicans used to have substantial overlap in their voting patterns. You don’t see that at all anymore,” he says. “So the polarization happened there first and then the identity of being Democrat and Republican just was more meaningful, and people were able to more cleanly divide into one of those identities or the other.”

After that, Willer believes, mass media and social media amplified the divisions and “just threw gasoline on the whole thing.” As to what solutions he hopes his project will reveal, Willer says it looks like two interventions are rising to the top: people in positions of power and influence need to be seen reaching across the aisle — as Republican Sen. Mitch McConnell did when he endorsed the outcome of the 2020 election — and Americans need to start trying to understand the other side outside of the media echo chamber. “We need to give people accurate information about what Americans and rival partisans think about democracy or about partisan violence and political issues,” Willer says. “For example, we have found that Americans tend to overestimate the levels of support for partisan violence among rival partisans by something like 400 percent.”

According to Willer, the 2022 and 2024 contests will be extremely important tests of democracy and the legitimacy of U.S. elections. “There’s a real risk here, if we let things get out of hand, that things could go really, really sideways,” he warns. “We can’t approach these problems with enough urgency.”

The TEDxMarin Rethink events includes Willer and several other speakers and takes place September 17 at 6 p.m. at the College of Marin. www.tedxmarin.org