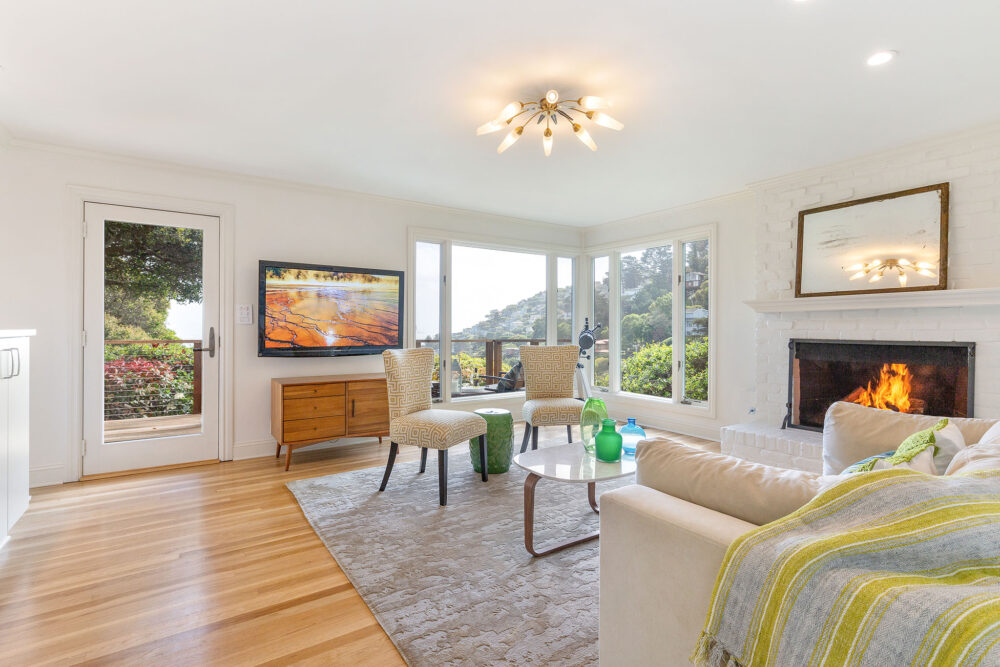 Since the pandemic struck, we have all been watching and waiting as the Bay Area real estate market is being reshaped. The most drastic shift is happening in San Francisco, where for the first time in recent memory housing sales are cooling. The San Francisco Chronicle recently reported that finalized sales in the city have dropped by more than 16 percent, a 40-year low. Pre-Covid, San Francisco had the highest building occupancy rate in the country, but now things are looking very different.

Domm Holland, CEO of tech start-up Fast, had been living with his wife and two small children in San Francisco since 2019, and they knew that eventually they would want to find a place outside of the city with more space, but when the shelter-in-place order was issued there was a sudden urgency. “Our number one goal for our next home was more space, both inside and out. More room for our children to be able to play in their rooms and a backyard where we could have grass, a trampoline and room to run around,” he says.

While there have been endless reports of people deserting the Bay Area altogether, agents in Marin are seeing a huge spike in interest in the North Bay from people leaving the city, with Marin sitting at the top of the list. Marinites have long been aware of the benefits of the county’s generous green spaces, hiking trails, beaches, schools and homes with enough land to enjoy the indoor-outdoor lifestyle. And with so many of us working from home for the last six months — with no foreseeable return to office life — urban dwellers are feeling the pull of the suburbs and all that life outside the city has to offer.

“Being in a remote location is not the deal breaker that it once was for many buyers,” says Compass agent Deborah Cole. “Many of the buyers leaving San Francisco think nothing of driving way up in the hills of Marin and even pretty fa