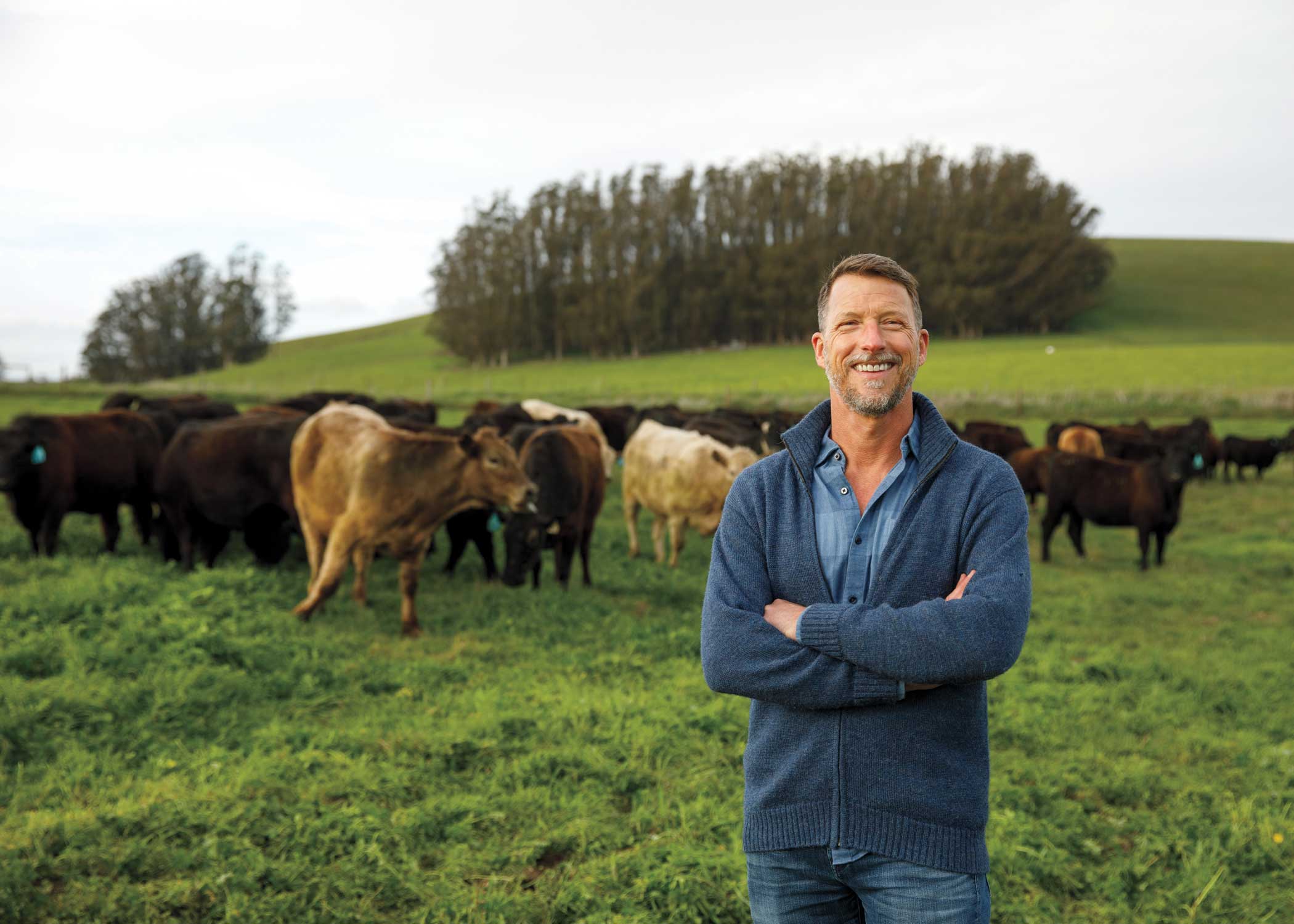 Like so many good Bay Area stories, the tale of how the Marin Agricultural Land Trust landed scientist and biotech entrepreneur Thane Kreiner as its new chief executive officer begins with a commute.

After starting four biotech companies and serving as CEO, Kreiner, who has a master’s in business administration and a doctorate in neuroscience from Stanford University, was looking for something new. “My primary responsibility was maximizing financial returns for venture capitalists, and I knew deep in my heart that that wasn’t really what made my clock tick,” he says. So in 2010 he changed course and became executive director of the Miller Center for Social Entrepreneurship in Santa Clara — requiring a long commute from the home he shares with his husband in Sonoma.

A job with MALT would eliminate that commute, so even though he loved the socially beneficial work he did at the Miller Center, Kreiner started asking the MALT recruiter questions. “I’m not a land trust guy, and I’m not a real estate lawyer. I don’t have that background at all,” he says about coming on board at the trust, whose mission is to use conservation easements to permanently protect Marin farmland — 54,000 acres have already been safeguarded, with plans to get to 100,000 by 2040. “I met with a couple of the ranchers and farmers and learned that MALT had created this incredible platform. And there was also an awareness that we need to be much more inclusive in our work — and that resonated with me.”

Kreiner says that one of the big lessons he learned as co-founder of Silicon Valley Executive Center’s Black Corporate Board Readiness Program is that it’s a myth that there aren’t talented underrepresented people who can serve on boards like MALT’s. “We need to go outside of our own networks and intentionally reach beyond them to more diverse groups,” he says. “And that’s part of the process that the MALT team and board are going through now, relearning and being inclusive on how we understand agriculture.”

According to Kreiner, that means looking at indigenous planting practices, considering the use of native species that farmers might no longer be aware of, regenerating soil, capturing carbon and making sure that farmworkers have access to good pay and nearby housing. “In terms of the future vision, what we’re thinking about is really a model of engaging new farmers and food producers throughout the value chain, and providing opportunities for them to experiment,” he says.

A good example is the recent partnership with Hog Island Oyster Co., which was considering selling its 250-acre Leali Ranch near Marshall to sustain itself during the pandemic. MALT purchased the development rights on 240 acres for $1.1 million and preserved the land for agricultural uses in perpetuity. “This is a historic easement,” Kreiner says. “Cattle have been grazing there for around 100 years.”

The partnership with Hog Island gets at a lot of what MALT hopes to see happen with agriculture in the future. “The farming of mollusks and seaweed is one of the few forms of agriculture that’s practiced today that has positive ecosystem benefits,” Kreiner says. “The oysters, which are a high-quality source of protein and micronutrients, are actually filtering out excess nutrients in the aquatic environment, making the water cleaner for other uses; the seaweed that grows along with them is capturing carbon from the atmosphere; oyster shells can be ground up and used to enhance soil, which then results in greater forage growth for the cattle to eat; the cattle manure can be composted and used for carbon farming and that additional carbon helps with water retention in soil and creates more resilience to drought. These are just some of the loops we hope to close.”