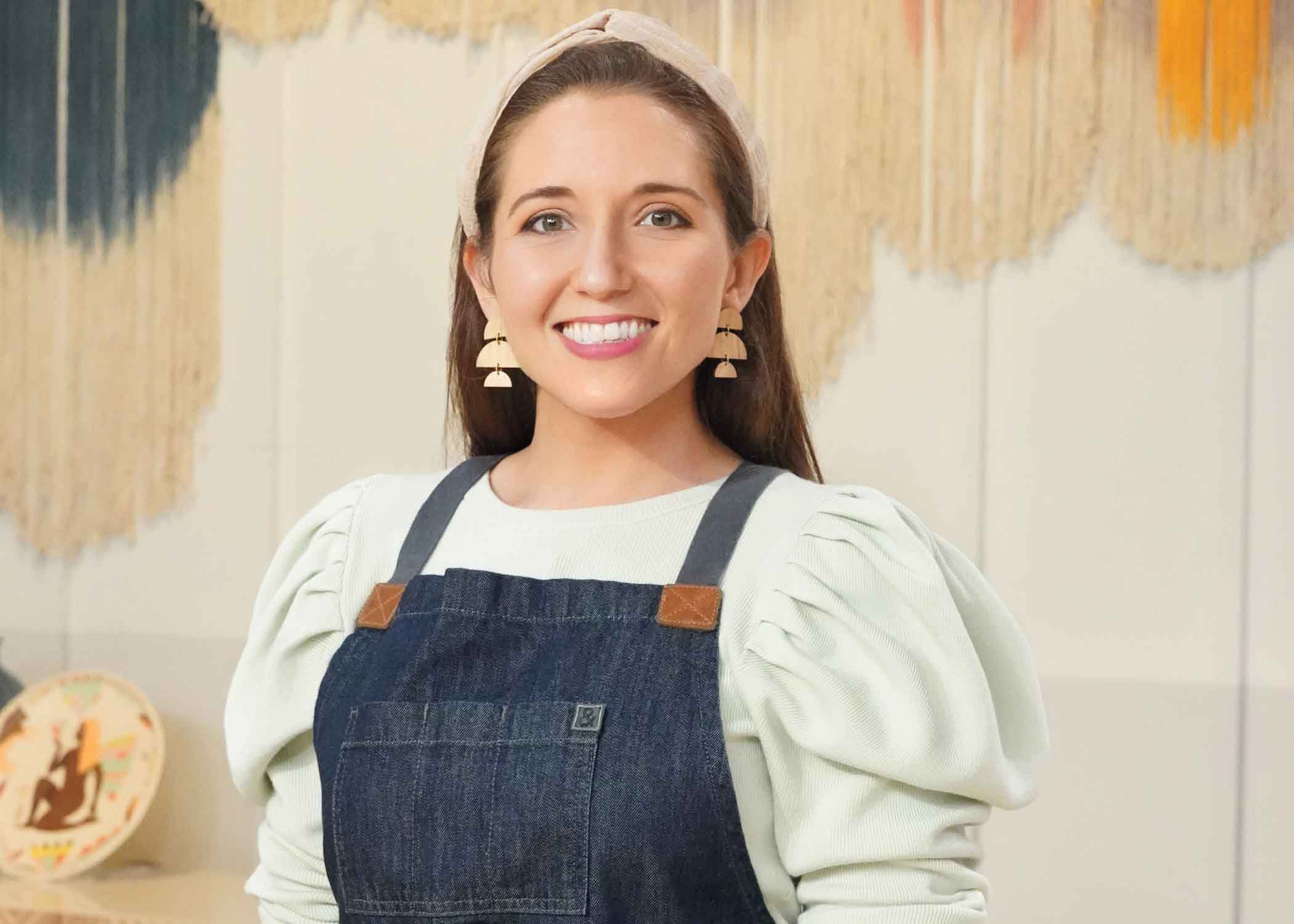 Spend five minutes with Chelsea Andersson and you’ll understand what led the producers of Making It to select her for season three of the hit show hosted by Amy Poehler and Nick Offerman. The show is full of pep and can-do attitude that is emblematic of Poehler’s brand, and Andersson oozes both, along with an authentic humility that makes you want to root for her from the start.

“I had never gone to school for art, never pursued it as a full-time job,” she says. “I always wanted to know if I could do it. When Making It came out, it was so different from anything I’d ever seen. I thought — this is my chance to see if I can do it.”

Early on, she proved her merit by winning a “Faster Craft” patch for an edible miniature glamp-site made primarily of fondant and cookies, inspired by summers spent with her father’s family in Sweden. “Winning a patch was a dream come true,” says Andersson. When judging Andersson in the competition, Simon Doonan, famous for designing the windows at Barney’s, compared the beauty and craftsmanship of Andersson’s project to an Hermès Birkin bag and a later craft to Frank Gehry. “To hear someone like Simon elevate your work to that level,” says Andersson, “was incredible.”

Andersson’s warmth, humor and vulnerability radiate from the screen and create plenty of opportunities for Poehler and Offerman to banter and riff. “The show has encouraged everyone to be the truest version of themselves, and I think they’ve done a really good job of capturing that,” she says.

Her formal training as a licensed landscape architect is evidenced in the precision of Andersson’s designs. When you visit her online store, it’s impossible not to be wooed by the elegant simplicity of her dollhouse kits and accompanying furniture, which are all intentionally age- and gender-neutral.

“I didn’t want anything to be too precious that a kid couldn’t enjoy it. The kits require some constru