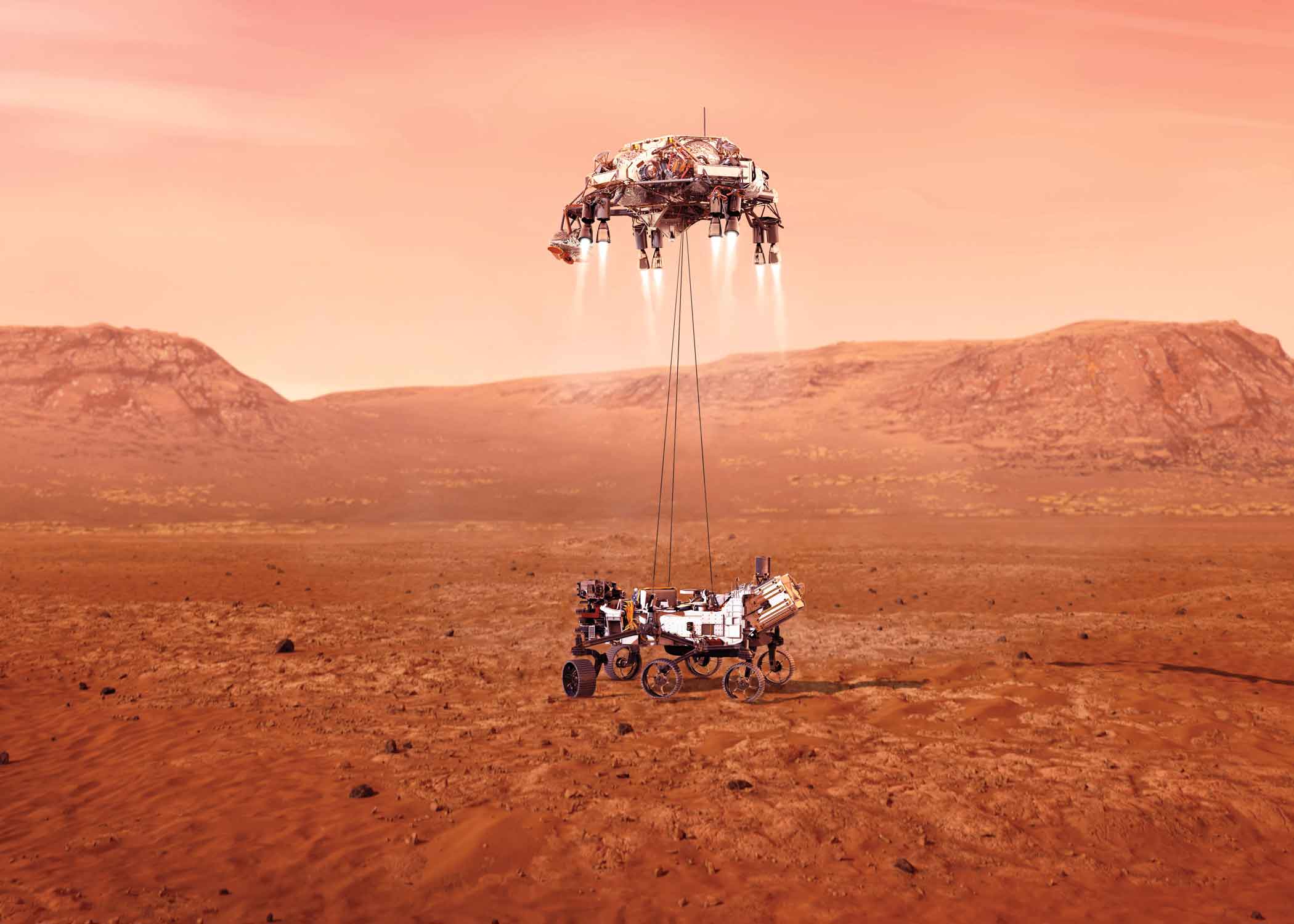 For many people here on Earth, watching NASA’s rover Perseverance safely land on Mars in February was an inspiring experience. But when your job title is group supervisor for the Biotechnology and Planetary Protection Group at the Jet Propulsion Laboratory (JPL), it means a little more.

“Seeing it launch was just incredible. And then seeing it land was, of course, extremely exciting. To land that hole in one is just so mathematically rigorous,” 35-year-old New Jersey native Moogega Cooper says about “Percy,” as she calls it. “I think the launch meant even that much more to me, just because of everything that we put into getting it to the finish line.”

It was indeed a rigorous process as she and members of the team she leads picked up their lives — she currently lives in Altadena, California — and moved to Florida to be near Cape Canaveral in preparation for the launch of the Mars 2020 mission, all during a pandemic. Her team’s job was to test the spacecraft, its parts and the mini-helicopter Ingenuity — a craft that would go on to execute the first powered, controlled flight by an aircraft on another planet — for microbes that might possibly be carried to Mars, determine where those germs originated from and kill them if necessary.

“Myself and another person on my team were the last people to take a sample of the fairing door days before launch,” she says.

The goal of the mission is to collect rock and soil samples for eventual return to Earth and look for signs of former microbial life on Mars. The trick here is to make sure any life found wasn’t brought there by us — because some microbes are resilient enough to withstand space travel, Cooper says (this process will be performed in reverse when the samples come back sometime in the 2030s).

“The whole point of planetary protection is to make sure that as we’re exploring other bodies in our solar system, we are do