Huey Lewis Talks Music and a Cause Close to His Heart 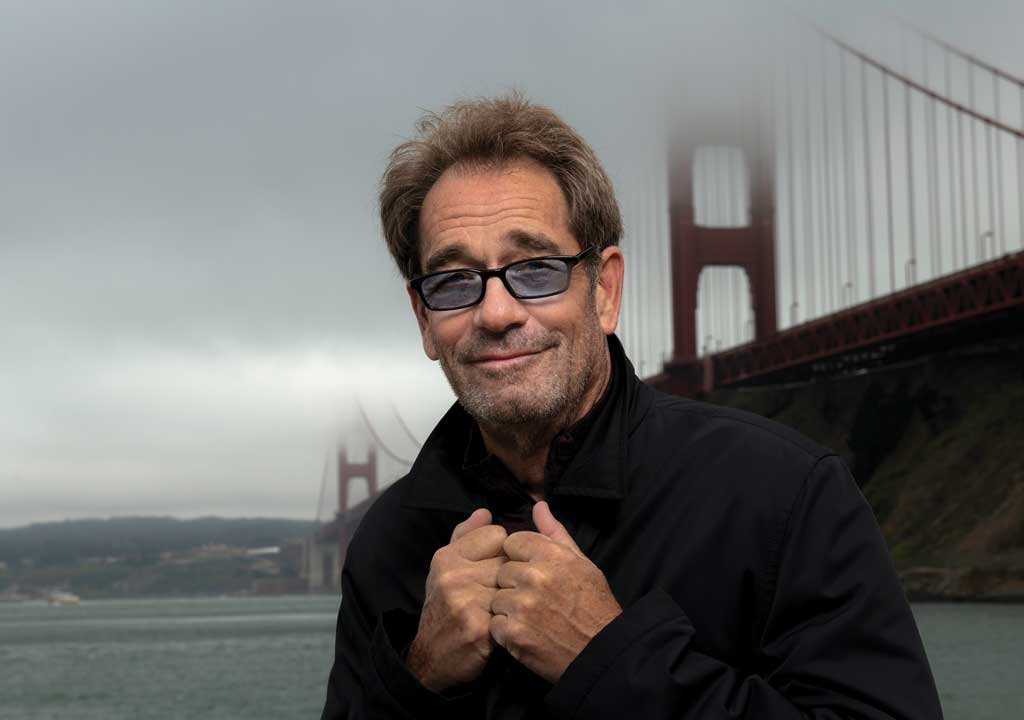 Many know him as the charismatic singer, harmonica player and co-songwriter in his eponymous band, Huey Lewis and the News. And if they don’t know that, they have at least heard some of the hit singles that came off of the band’s 1983 smash, Sports (the cover featuring an image of the band hanging out at Mill Valley’s 2am Club) — you couldn’t escape “Heart and Soul,” “I Want a New Drug,” “The Heart of Rock & Roll” and “If This Is It” in the 1980s, or now. But there is another group that appreciates Huey Lewis for something else — the more than 360 clients at San Rafael’s Lifehouse, whose mission it is to improve the quality of life for people with developmental disabilities by giving them the best gift of all: a life lived independently. The musician — who lost most of his hearing in 2018 to Ménière’s disease — has been an honorary chair and frequent emcee at that agency’s annual fundraiser, Great Chefs & Wineries (being held this year on April 23), for the past 32 years. We spoke to Lewis about that event, his career, growing up in Marin and his hearing loss.

What inspired you to want to get involved with this fundraising event and how have its clients affected you?
These kids seem to be less privileged than the rest of us and yet they’re happier, and that was intriguing to me. But it’s a two-way street — we’re helping them, but believe me, it’s a wonderful interaction. It is a great wake-up call and a great way to realize how lucky we are.

What do these independence programs mean to those with developmental disabilities? You can see it in their faces when you go visit them in their homes. They’re elated and are great contributors to society.

What do you like about participating in Great Chefs & Wineries? Everybody gets dressed up, which is kind of fun, because nobody does that anymore. And the Marin- and Sonoma-based wine and food is off the charts. It’s become like a family over the years — a family that gets together once a year for a big party.

Tell me about the making of 2020’s Weather in your Marin studio. I think the advantage that Weather has that our other records don’t is that we played all of these songs live before and during the recording of them. We really got the hang of them as it were, and I think it’s our best work. But then my hearing collapsed and so we waited a year to see if it was going to get any better and it didn’t, so we decided to release the songs to the fans.

What caused you to suddenly lose your hearing? I have this affliction called Ménière’s disease — it’s a syndrome based on symptoms and really, they know nothing about it. I’ve been everywhere. Nobody knows anything. There’s several characteristics to it, one of which is severe hearing loss like in my case. I can’t hear music. I can’t sing anymore. But I can hear with hearing aids.

How did you react to your diagnosis? It’s devastating for me because, I can exist, but the one thing I really can’t do is the thing I most love, which is singing and playing music. I can’t even enjoy music; I just can’t hear it. So that’s devastating at first. But I have to remind myself that there’s lots of people out there way worse off than me. And all in all, I’m a lucky guy. That’s the only way to play it.

Did you and the band know Sports was going to be such a huge hit? In 1983 if you wanted to be a professional musician and you wanted to sing and write your own songs you had to have a single, there was no internet, you had to get on MTV and the radio. It was a three-minute-song world. We produced it ourselves because we knew we were going to have to make commercial decisions and we wanted it to be on our terms; we aimed every song at radio. We knew we needed a hit song; we just didn’t know we were going to have four of them!

What was it like growing up in Marin? Marin County was the ideal place to grow up in the ’50s and ’60s because the outdoors and Mother Nature were all around. We’d abalone-dive and poke-pole for eels right along Sausalito harbor. My dad would drop me off at Hurricane Gulch and I’d get crab traps and he’d come back five hours later and I’d have 20 to 25 crabs. What a great place to grow up, unbelievable.

What’s next for you? We have a musical called The Heart of Rock & Roll that we put up in San Diego for six weeks and it was a big hit and very well reviewed — we’re trying to get that to a theater on Broadway. I also have an Apple Music show called ’80s Radio With Huey Lewis that I do. I’m about to start another series and Jimmy Kimmel is going to be my first guest.