How the Marine Mammal Center Highlights the Importance of Ocean Conservation 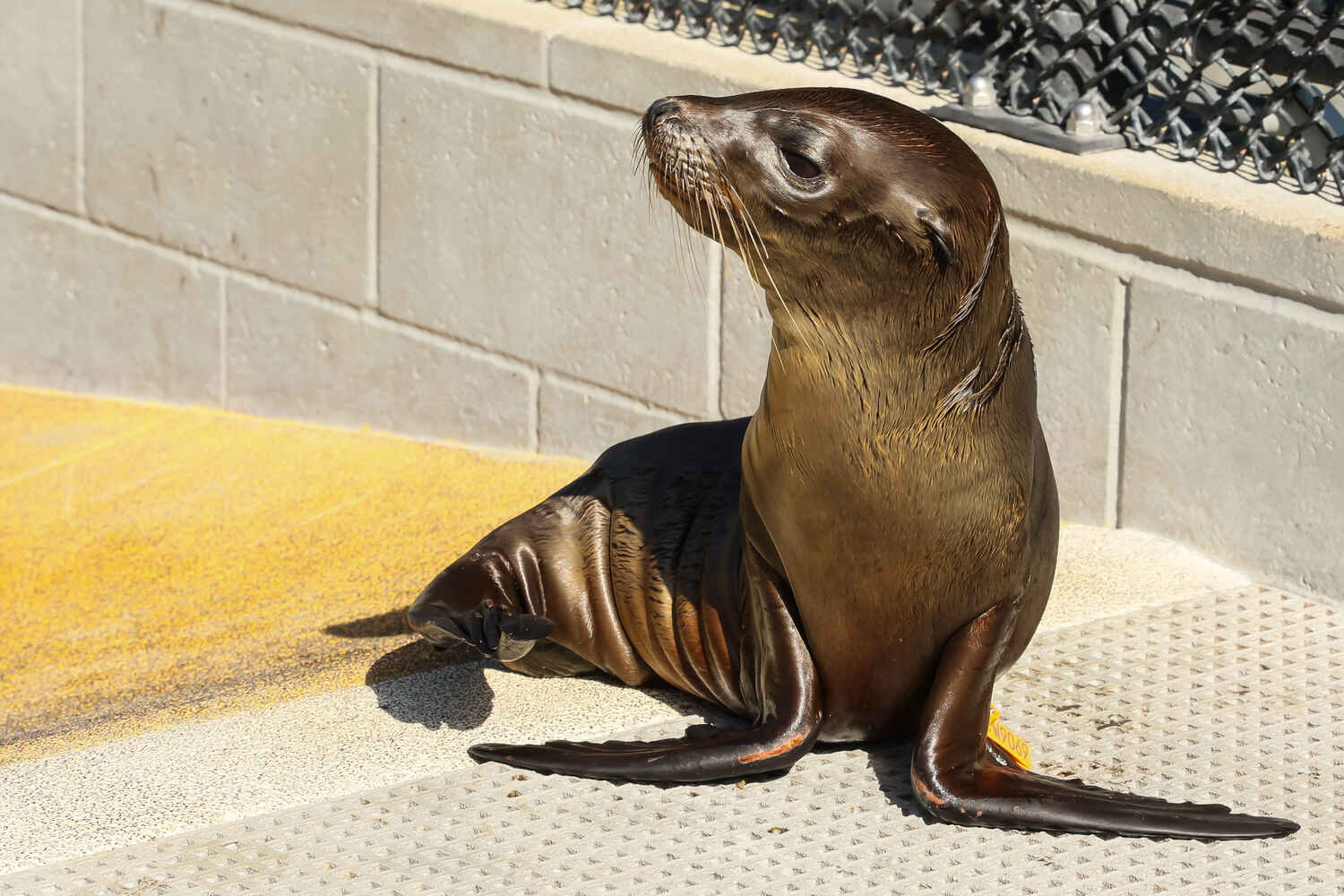 A Marine Mammal Center resident, who is currently in rehabilitation. (Photo by Bill Hunnewell)
by Caitlin Hamer

From the bay to the beaches, Marin’s coastal location means we humans have a strong connection to both the ocean and the mammals that call those waters home. Fortunately for those sea critters, the world’s largest marine mammal hospital is conveniently tucked away in the Marin Headlands in Sausalito.

After a pandemic-induced closure and extensive remodeling, the Marine Mammal Center’s main headquarters are once again open to the public. The center’s mission is to advance global ocean conservation through rescue and rehabilitation, scientific research and education. With a mammal rescue range that stretches across 600 miles of California coastline and Hawaii’s Big Island, the center’s impact is significant. And with the 24-hour hotline, even the public can help the Marine Mammal Center do its work.

When calls are made to the hotline reporting a marine mammal in distress, a team of volunteers is dispatched to assess the situation and transport the mammal to the Sausalito hospital if care is needed. Since the center opened in 1975, it has rescued more than 24,000 marine mammals including seals, sea lions, sea otters, dolphins and other creatures. Commonly, animals come in with malnutrition, and most often what they need is plenty of food and a safe place to rest before they’re released back into the wild.

“We have a very unique perspective because the patients that come through our hospital tell us about the health of that marine mammal, but also the health of the ocean,” says Laura Gill, community engagement manager at the Marine Mammal Center. “Because we have so much in common with marine mammals, a lot of what we learn can also apply to human health.”

While the patients are treated on-site, research is conducted to understand how the animals are getting sick, why they’re sick and how to better treat them. This research has notably included the discovery of sea lion cancer, which Gill says they see in one out of every four sea lions that come through the door. The center has also recently collaborated with the Benioff Ocean Institute to bring Whale Safe, an AI-powered mapping and analysis system created to help prevent whale-ship collisions, to the Bay Area.

Guided tours and behind-the-scenes experiences offer visitors a chance to peruse educational exhibits and see animals being treated at the hospital, though the number of patients on-site varies, with spring being the busiest time as it overlaps with pupping season. And the Adopt-a-Seal program remains a popular way to help make an impact on a local level (it’s also a creative gift idea). These symbolic adoptions of past patients include an adoption certificate that shares the story and a photo of the animal, with funds from the adoptions going toward current and future patients. And it’s not just seals — sea lions, dolphins and sea otters can also be adopted.

Though the number of rescues has increased in recent years, the center is also making impressive strides in research. Its leaders hope their outreach will inspire a new generation of marine mammal stewards, but they’re also striving to make the public aware that humans can peacefully coexist with animals. Small steps such as eating sustainable seafood and reducing plastic waste can make a big difference. “We’re trying to create a healthier ocean for people and marine mammals alike,” says Gill.