How San Rafael’s Skyway Is Set to Change Our Skylines 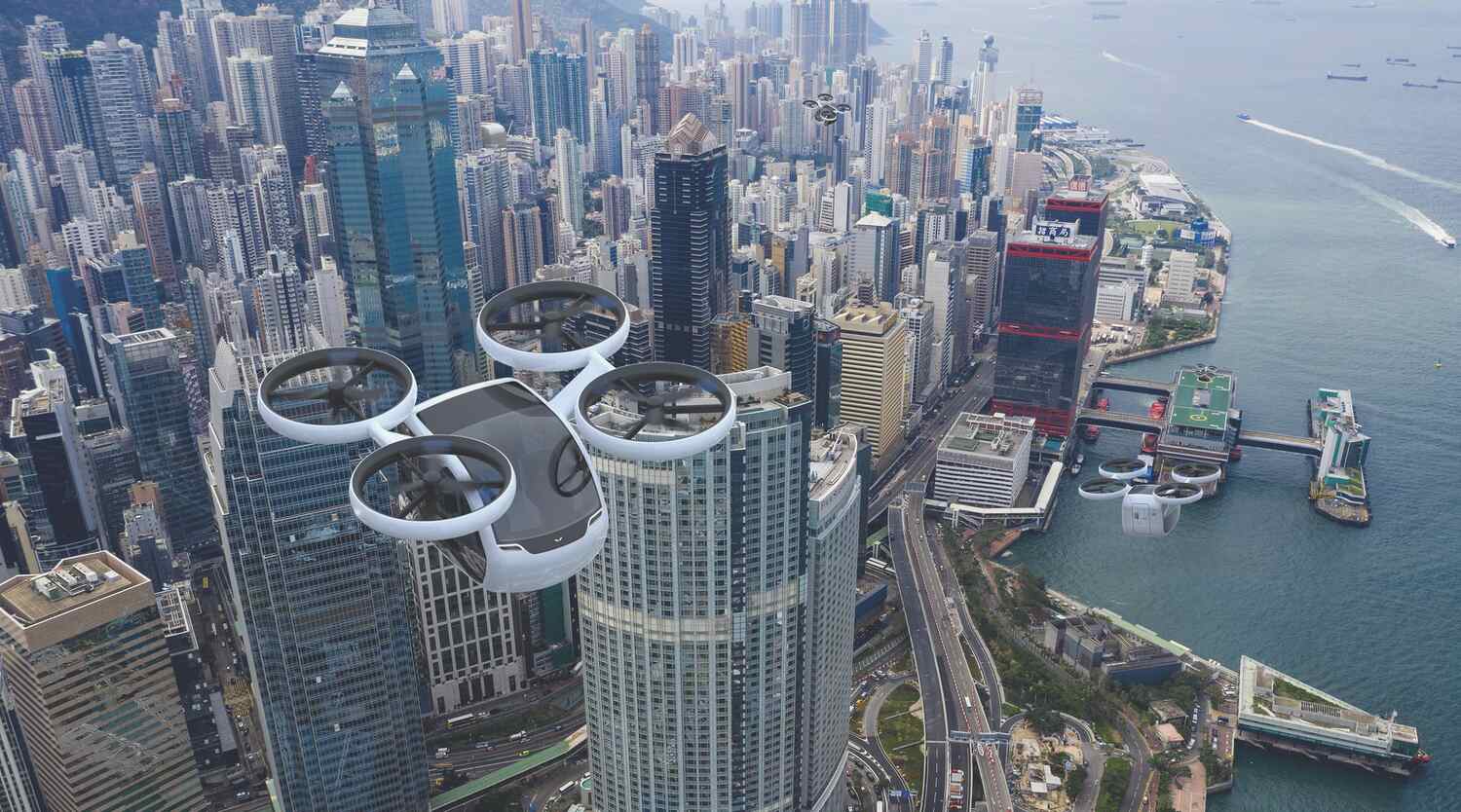 It’s no bird. And it’s no plane. That up there, flying in the sky? That’s tacos getting delivered via drone. The Jetson-esque dream of flying objects occupying our skies is no longer just the makings of a cartoon. Just ask Clifford Cruz, the CEO of Skyway — a revolutionary navigation services company ready to utilize the highway up in the sky.

“Urban air mobility (UAB) is 5,000 feet above the ground, and that is an economic front that no one uses,” Cruz explains. “Air is looking like the new commodity of the industry. Our goal is to build the largest privatized air traffic center in the country.”

Based in San Rafael, Skyway launched in 2021 and has since partnered with big industry names like NASA, TruWeather, Transoft Solutions and Zing — the last of which made a historic first drone delivery of tacos in Orlando, Florida.

The vision of taking flight came to Cruz 10 years ago at a drone expo in L.A. Back then, it hit him — drones are the future, and there’s an entire air economy waiting to erupt. But when 10 years passed without any big leaps, Cruz dug in to figure out what was keeping us in the past.

“When we started getting down into the bones of the industry, we looked at NASA and the FAA and realized that the money was thrown into the wrong place,” Cruz says, pointing to the old-school aviation industry as the culprit. “So now we have a lot of software out there that no one can buy, or that no one can really utilize for business, and that makes no business sense.”

Skyway aims to bridge the gap between the aviation industry and Silicon Valley. As the FAA and NASA start to peel back the red tape on what literally can and cannot fly, the airspace of cities becomes an open market. But this is not your usual tech industry disruption — everything in the sky is regulated, and it’s uncharted territory that calls for new legislation. Skyway is positioned to be crucial for new companies embracing the skies.

As an air traffic management service provider, Skyway works as air traffic control, navigation and communication for companies utilizing drones or electric vertical takeoff and landing vehicles (eVOTLs). Taking from the tried-and-true structure of traditional air traffic control, Skyway has implemented machine learning to watch thousands of aircraft at a time and then notifying one of the company’s Air Traffic Navigators (ATN) to step in, should a vehicle need help.

While that’s a huge jump start for Skyway and the UAB industry as a whole, the future holds much more. Cruz mentions patents the company has received for drone delivery trays, transfer systems for the tops of buildings, and even charging systems that are built on the side of skyscrapers where drones can reload. Our skylines may soon take on a whole new look.

“We need Silicon Valley to wake up and smell the sky,” urges Cruz. “We have enough dating apps. We have enough taxi apps. We’re good there. Look up.”