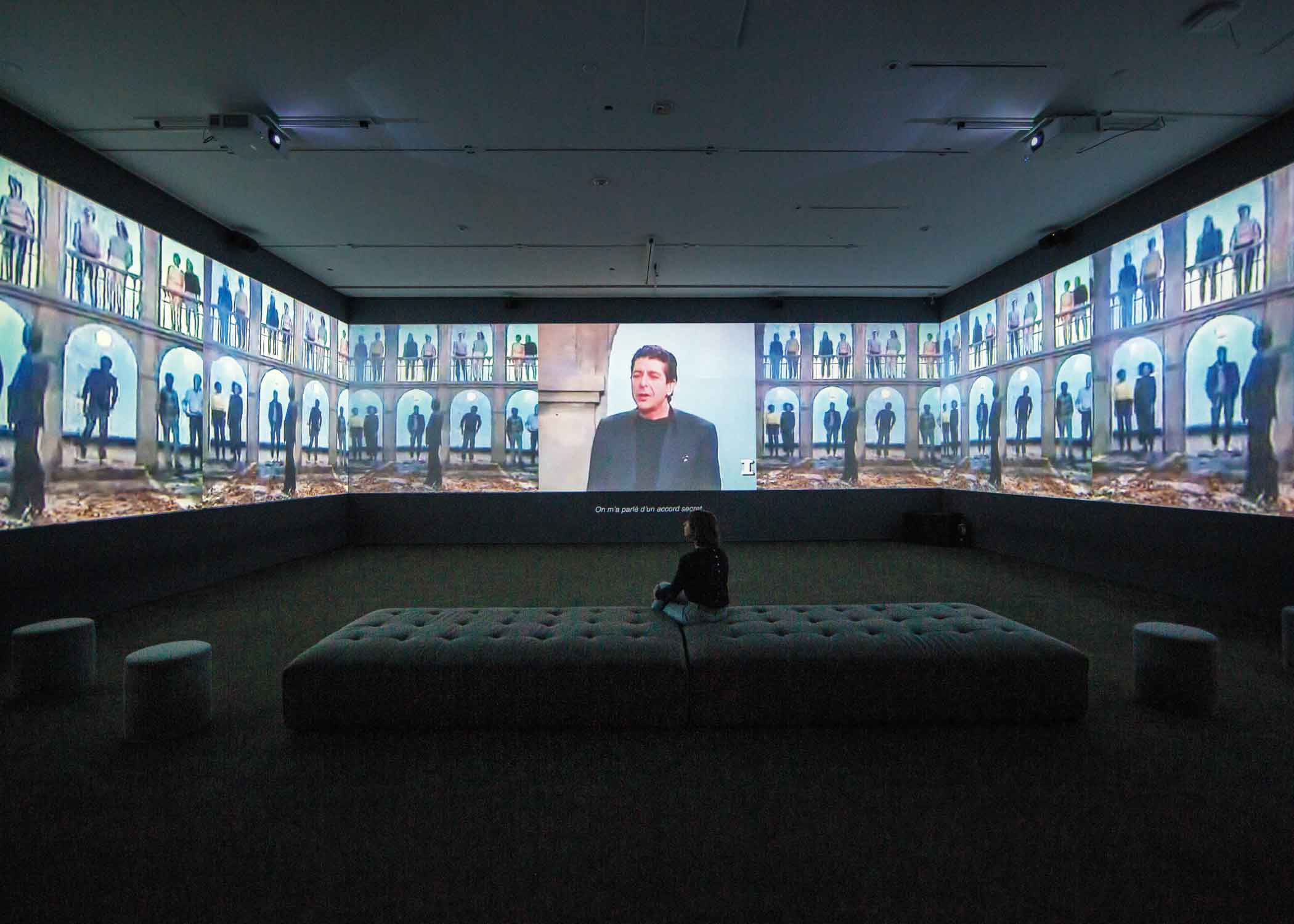 In 1997, new media artist George Fok, who was a young kid at the time, immigrated with his family from his birthplace, Hong Kong, to Montreal. It wasn’t until many years later that Fok would realize the serendipity of moving to the same part of Canada where singer-songwriter Leonard Cohen was born.

Fok, who is one of four solo artists participating in the Experience Leonard Cohen exhibit at the Contemporary Jewish Museum in San Francisco (CJM) this fall, began to discover the power of immersive video arts when he worked at a design agency located right next door to Cohen’s house in Montreal.

The artist first encountered Cohen’s charismatic personality and intimate music in Hong Kong when he noticed that his favorite bands, groups like R.E.M. and the Pixies, were covering songs by the influential songwriter, and was able to pick up a copy of I’m Your Man at one of Hong Kong’s few record stores. “This singer has a very dark, seductive voice and it’s very, very interesting,” he thought. “It’s as if a higher power drives my life and I end up immigrating to Montreal.”

The connection he felt to Cohen deepened when a friend and mentor in the design world, John Zeppetelli, became the artistic director at the Musée d’art contemporain de Montréal (MAC) and knew he needed a piece to set the stage for a new touring show that would focus on Leonard Cohen’s life. “They wanted something to open the show that everyone was familiar with, all the archival footage, and I was selected because of my filmmaking and documentary experience,” Fok says. “This is actually the first piece of immersive work that I had done, and it became my seminal work, which I am now known for.”