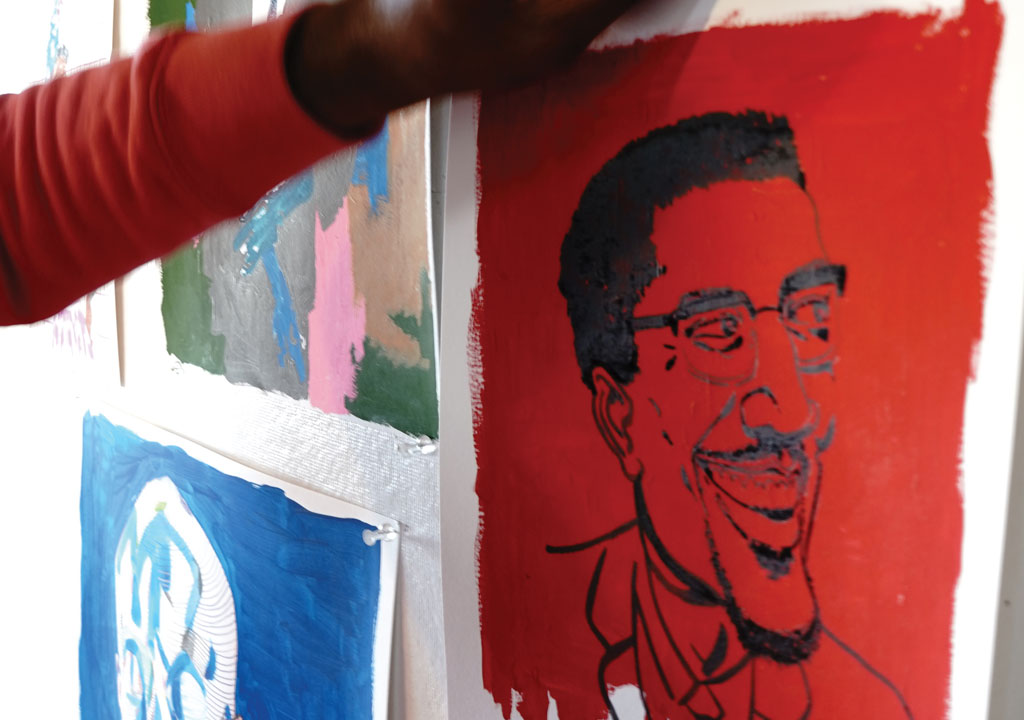 About six years ago, graphic designer, artist, professor and S.F. Chronicle columnist George McCalman casually started an experiment: every day he would paint a different Black history pioneer as part of a series.

“I just wanted to see if I could do it,” McCalman says. It turned out he could do it and when he was done the results were so powerful that friends suggested he make the series into a book. After some research, McCalman was surprised to learn that nobody had done a book like this before, and he pitched the concept to a couple of publishers — but the result was immediate disappointment. “I quickly realized that people talk a big game, but nobody was interested,” he says.

A few years later he hired an agent who specializes in people who write and illustrate and “felt as I did that it was outrageous that a book like this did not exist.” The two came up with a proposal that was ironclad. “By the time she took it to the publishers there were six that ended up fighting over it at auction, and it was incredible.” HarperCollins won out and last month Illustrated Black History: Honoring the Iconic and the Unseen was finally published.

And although the luminaries featured include names like James Baldwin, Aretha Franklin, Colin Kaepernick and Kareem Abdul-Jabbar, McCalman wanted to expose readers to people they didn’t know about. “It is safe to say that most of the folks in the book, people will be discovering for the first time. These are people who were ignored, erased, many don’t even have a visual record,” he says. “But the stories were just so riveting; the dynamism of how the Black diaspora has moved through this country is cinematic; their survival story itself is worthy.”

Narrowing down the 500 names he collected to the 145 eventually featured was no easy task — for that McCalman trusted his heart. “I say that I communed with each of these figures,” he says. “I got to pass through the aspects of each person and that’s one of the reasons that every illustrated portrait is in a different style, because I was basically starting over again and reintroducing myself to the subject through their words, their accomplishments, their setbacks, and in a lot of cases, through their deaths.”

McCalman wants readers to learn about the unknown people behind the accomplishments you may have heard about and the unexpected sides of Black Americans whom you have definitely heard about.

“Kareem Abdul-Jabbar is in this book not because of his sportsmanship, but because he’s an unknown writer and critical thinker,” McCalman says. “It just shows the range of talent that we as a community have.” McCalman adds that he was also fascinated by those who went to great lengths to survive, like escaped slave Jourdon Anderson, who wrote a letter to the slave owner who was coming after him that called him a coward. “It was just a brilliant collection of words, of taking the fight directly back to the person who could potentially kill him and I just thought, ‘what audacity.’ I was dazzled by that story.”

McCalman hopes these tales and images will inspire and instruct and, to that end, he has big ambitions for this book. “I want it to be in every home in America,” he says. “This form of American history is just woefully underappreciated, under-celebrated, and we can’t be casual about it.”