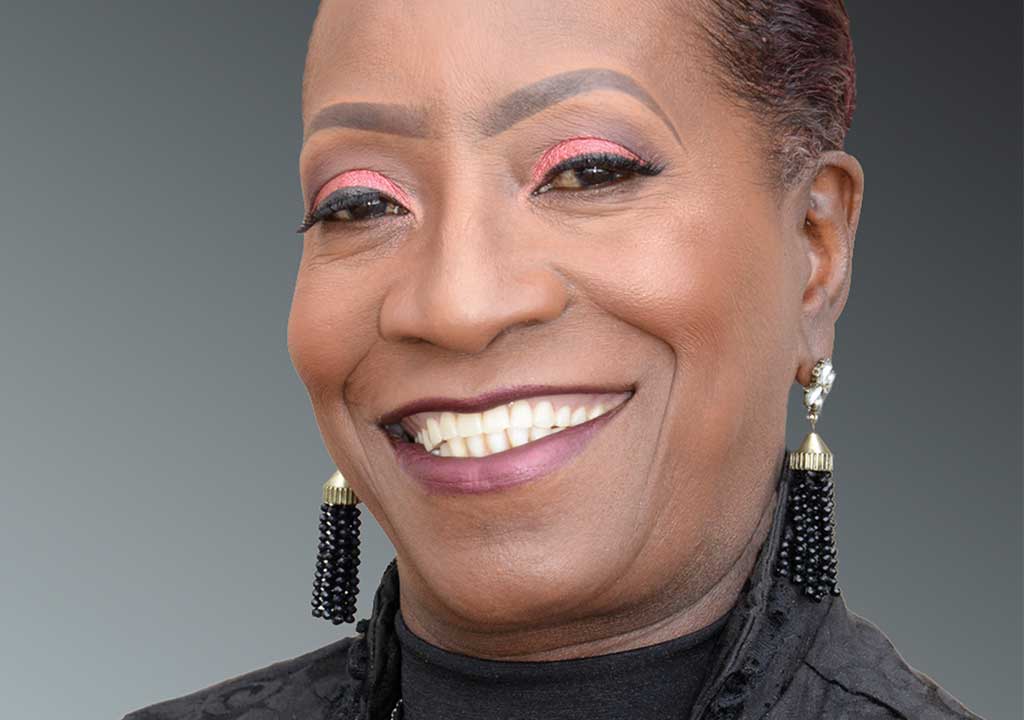 Felecia Gaston is the queen bee of Marin City, and her hive is a three-bedroom converted apartment decorated with cheery ornaments suspended from the ceiling. It’s been the headquarters of Performing Stars for 30 years and the Phoenix Project for 13 — nonprofits that she founded and still runs — and it swarms with worker bees. Case managers, staff, interns, volunteers and young adults logging community service hours come and go, buzzing off to different parts of Marin not to collect pollen but to deliver smiles to Marin City’s youth. As Gaston is quick to point out, “Most of what we do happens out in the community.”

Gaston is a connector and a problem solver. Determined to instill pride and discipline in Marin City’s kids and young adults, she draws on her dual background in law enforcement and community organizing to forge connections and solve problems that bring hope to a community of color where it’s historically been in short supply. And she knows that history well. One room in the office is filled with binders stuffed with news clippings she is distilling into a book about Marin City’s 80-year history. Her role in its transformation deserves at least a chapter.

“It’s all about engaging kids and encouraging them to be participants, not spectators. To instill confidence,” she says. “We seize on any opportunity to do that. We also teach social skills and manners and how to be properly dressed and groomed, all of which can help them get jobs.” Performing Stars started with eight Marin City kids attending a Marin Ballet class in 1990. Then came tap, theater and baton twirling (Performing Stars kids have performed at every Marin County Fair since 1990) — and then digital literacy and sailing classes, after-school programs and summer camps, and the newest addition, financial literacy workshops. Instruction, clothing, shoes and supplies are provided.

It’s the field trips, though, that leave the biggest impression. “Many of these kids had never even seen Mountain Play,” Gaston says. They have now, along with concerts, dance performances and more. “We once took 100 kids snowboarding because that’s what their Sausalito classmates did on ‘ski week,’ which Marin City parents couldn’t afford,” she says. Another time, she took 100 girls to a luncheon with 100 professional women who became their mentors.

An aspiring TV meteorologist at the time, Gaston says that when mentors helped her launch Performing Stars, she knew she’d found her calling. For five years, she survived on a part-time meter maid’s salary and savings from former LAPD office jobs. Through charm, data, persuasion and persistence, she eventually secured grant money from the county, the Marin Community Foundation, corporations and individual donors.

More than 90 percent of the 3,000 kids participating in Performing Stars over the last 30 years graduated from high school. Most attend college or trade school, and nearly all get jobs, ranging from ballet dancer and banker to pastry chef and plumber. Some, like Jeanette Egenlauf, return to help as adults. She took ballet at age 5 — the same age as Gaston when she walked daily past a ballet class filled with white girls in heavily segregated Georgia knowing that she could never join them. Egenlauf was intrigued that a videographer often filmed the classes, and today she’s doing that as a professional videographer. “It’s come full circle for me, and Felecia has been a great friend and mentor,” she says. “Her heart and soul is Performing Stars.”

Gaston launched the Marin Probation Department–funded Phoenix Project in response to a 2009 crime surge in Marin City. “Much of it was rooted in the tensions between Black men and law enforcement,” she says. “It was bad. Young men without jobs were hanging out and being harassed by sheriff’s department officers.” She had former prison inmates talk to these men and more recently organized a roundtable with 20 law enforcement officers and 20 Black men. “It was uncomfortable for everyone, but it opened communications,” she says.

The Phoenix Project has served 300 men on probation; three case managers each mentor 10 to 15 men at a time. (Two others work with women in need.) Mentees are given help finding housing, obtaining legal advice, having their records expunged, earning GEDs, getting job training, applying for jobs and even dealing with parking tickets.

Longtime Marin City resident Darrell Roary, a three-sport Tamalpais High star, worked with some of the men during the Project’s first six years. “A lot of what we did was simple: get your driver’s license, navigate probation, complete job applications,” he says. “It’s life coaching, really, and it’s about building trust.” Hired as a Marin County Public Defender’s Office caseworker, he still works with Gaston, partly because he feels indebted: his daughter took Performing Stars classes when he was a single parent.

“The Project is meant to lift these men up and give them a second chance,” says Gaston. It’s clearly working, as crime has fallen dramatically along with the number of Marin City adults on probation (falling from 140 to 24 in nine years). But tensions remain. “We need to take the negative P’s away from Black men: police, public defender, probation, prison and parole. When I worked in law enforcement, I learned that residents have to be willing to talk to officers. It’s getting better here because dialogue is happening.”

“Felecia has one of the most enthusiastic can-do attitudes I’ve seen,” says Sausalito City Manager Chris Zapata. “When I took this job and she introduced herself in her warm, very Felecia way, she made sure I knew she wanted to better connect Sausalito and [unincorporated] Marin City.” Since then, Performing Stars has performed and helped out at Sausalito’s Jazz and Blues by the Bay concerts and Marin City residents have secured Sausalito city jobs.

The hum of nearby Highway 101 is often drowned out by the excited buzz, at Gaston’s hive, of Marin City kids eager to sing, dance and act. This is where she is most at home pursuing her mission: “We need to change the public’s perception of low-income people of color.”