Exploring the Magic of Winter Wildlife in Marin 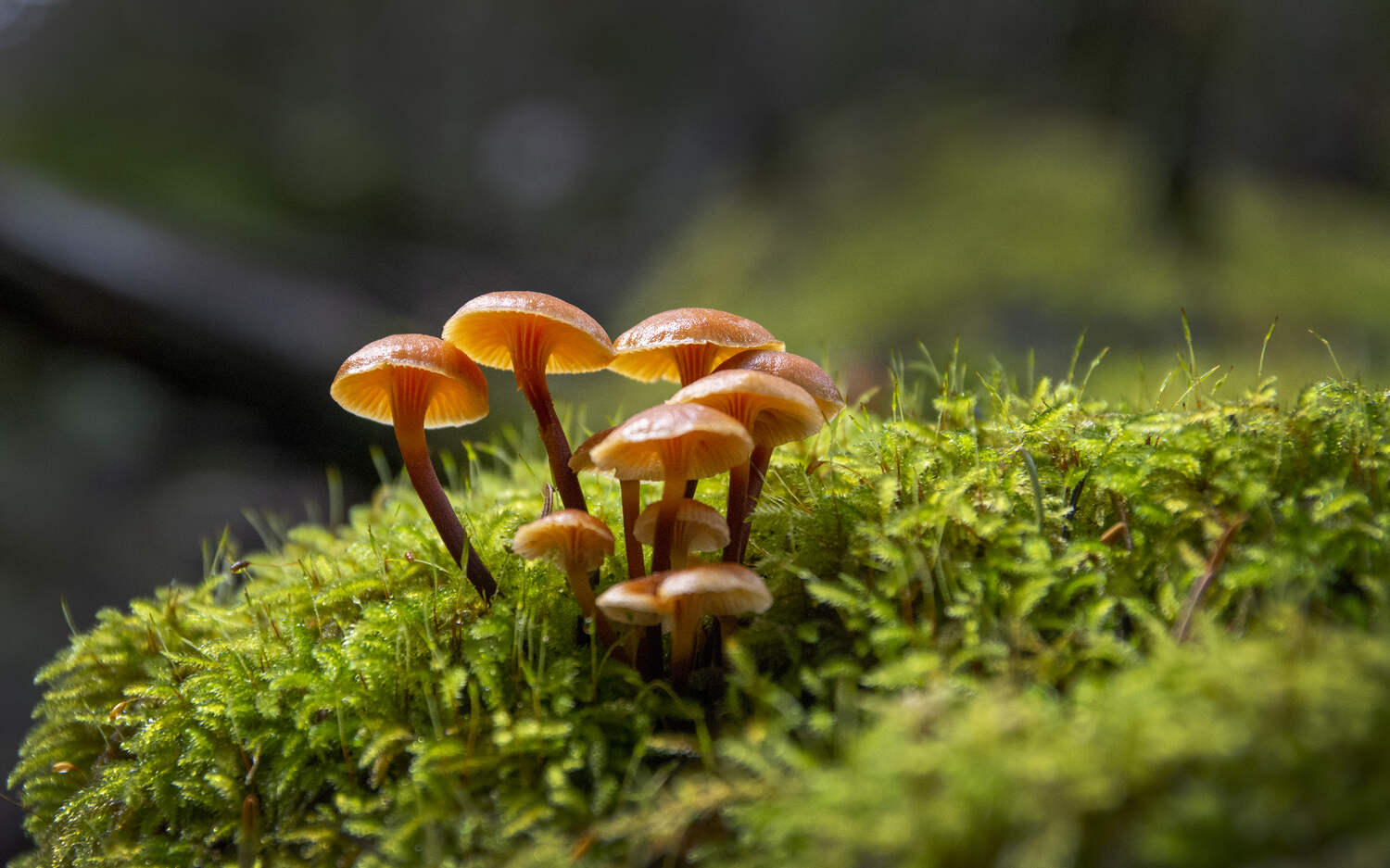 On rare occasions, snow dusts the heights of Mount Tamalpais, making for an unusual Bay Area sight. Even without the festive white flurries, though, Marin transforms into a winter wonderland each year with sights unlike anywhere else. Canyons echo with burbling waters and the scent of bay laurel hangs on moisture in the air. “Winter is the return of water,” says Mia Monroe, park ranger with the National Park Service and Marin Community Liaison. “It’s when the creeks fill, it’s when our waterfalls start pumping and when we have the king tides.”

Revitalized by the water, local habitats reveal a winter richness if one takes the time to notice, and in Marin’s coastal forests, every corner holds winter treasures. Come the rains, visitors can admire the leviathans of the forest floor: the California giant salamanders and banana slugs — the largest slugs in North America. These critters might draw one’s attention further into the soils, to the spectacle of mushrooms growing alongside particular trees. “Some mushrooms are associated with oaks and some with redwoods and other pines,” says Monroe. “During winter, that’s one of the joys of a winter walk, just the diversity and abundance of mushrooms.”

Below the surface of coursing creeks, endangered coho salmon carry out an age-old ritual of returning to their natal streams to spawn. Likewise, orange-bellied California newts trek to their replenished home waters around Marin. A bit higher up in the forest understory, toyon — California holly — are heavy with red berries, and an assortment of moss and lichen species soak up rainwater high in trees and on rocky outcrops. The varied thrush, a migratory songbird that spends winters in Marin, punctuates the forest with its striking orange coloration.

In winter months, Marin plays host to some of wildlife’s great migrations that can span thousands of miles. Gray whales keep their distance offshore en route to Mexico (but are still visible to the keen eye), while elephant seals head directly to Point Reyes National Seashore. Northern elephant seals, hunted to near extinction in the 1800s, were reduced to just hundreds of individuals at a single colony in Mexico. In a story of conservation success, they returned to Point Reyes in the 1980s after more than 150 years of absence.

“There are only a handful of colonies, so Point Reyes is special,” says Sarah Codde, marine ecologist at Point Reyes National Seashore, who specializes in marine mammals. While there are a few other locations on the California coast to see elephant seals, Codde notes the allure of Marin for observing the animals: “Point Reyes is a more remote, wild setting, but still easy to access.”

A now growing population of elephant seals convenes on Point Reyes beaches starting in December, when breeding begins and the first pups are born. A visit during winter months reveals the drama of elephant seal life, with activity increasing into January and February. “You’ve got the males battling each other for dominance, you have the females giving birth, and you have the pups nursing,” says Codde. “There’s a lot of activity and a lot for visitors to check out.”

Away from the raucous Point Reyes seal activity, another migratory species, the long-billed curlew, makes Marin its winter home. Not to be outdone, the curlews offer their own dramatic draw for observers at Bolinas Lagoon, a winter hot spot for the largest shorebird in North America. “On the wintering grounds they are very territorial, so you’ll see them doing elaborate dances — sometimes they get into big kerfuffles,” says Nils Warnock, director of conservation science at Audubon Canyon Ranch. Warnock has long studied shorebirds, with a special admiration for the long-billed curlew. “It’s a beautiful species — big, charismatic, has a big beautiful bill. I love the habitats they are found in.”

Warnock and colleagues’ recent research on curlews has furthered understanding of their migratory patterns in West Marin, revealing the birds’ spring/summer breeding grounds located a flight away in Idaho. While the birds leave in the spring, they tend to be faithful to wintering grounds such as Bolinas Lagoon, which abundantly provides ghost shrimp and other invertebrates that the curlew eat, employing their long curved bills to snap up their meals, says Warnock. The same curlews may be spotted returning to Bolinas Lagoon year after year.

Despite the darker days of the approaching solstice, winter brings new light to the extraordinary landscapes and wildlife of Marin. From the soil underfoot to the highest reaches of the redwoods, winter magic abounds for those who embrace the rain and cooler temperatures. “These are times to really get out and celebrate the cycles of nature, the renewing forces of water, fresh air and to see things happening,” says Monroe. ” Since winter is also accompanied by big holidays, why not invite your family and friends to go out to take a Thanksgiving walk or a New Year’s Day stroll?”

Where To See Marin Wildlife

Long-billed Curlews
Bolinas Lagoon and Limantour Beach (July–April)
Observe the curlews dining and defending their territory in the lagoon and resting around the beach. “West Marin’s bird diversity is rather high in the winter,” says Warnock. “Enjoy them and try not to disturb. When they are on the beaches they are trying to roost and rest.”

Elephant Seals
Point Reyes, Elephant Seal Overlook
(Late December–February)
Catch the elephant seal drama — contests between males, and females with pups. Codde reminds visitors to keep a respectful distance for the safety of both humans and seals (at least 25 feet from individual seals; colonies are closed to humans). “You want to be able to view the elephant seals in their natural setting, which means stepping back and letting them behave naturally.”