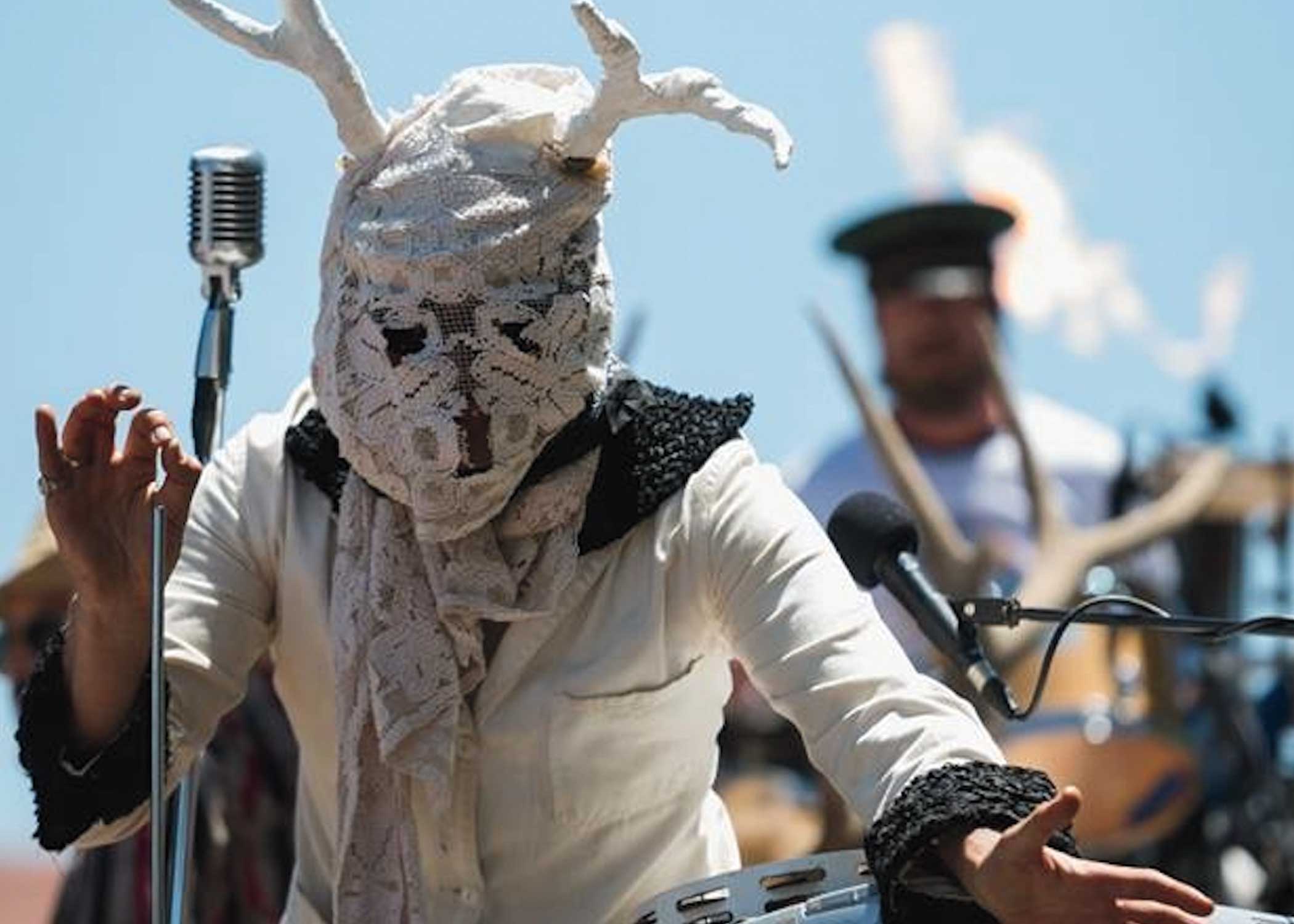 Known for its enigmatic and genre-defying music, El Radio Fantastique appears poised to metamorphize — once again. While the eclectic Point Reyes Station–based band hasn’t played together for almost a year, they haven’t stopped creating, writing and collaborating.

“We really don’t know what we sound like anymore — we’ve forgotten a lot of our parts,” jokes longtime band member Robin Livingston, who provides keyboard and vocals for the band along with producing videos and working on other musical projects.

Front man Giovanni (Johnny) Di Morente founded the band in 2003 while living in New Orleans. Throughout the years it has undergone multiple incarnations (it once included a robust horn section complete with saxophone, clarinet and trombone). In 2008 Di Morente returned to Point Reyes and formed the current iteration of El Radio Fantastique that contains not only a lineup of multitalented musicians, but also a tight-knit group of friends who all grew up together in West Marin.

“To be honest, I had no idea how talented they really were,” says Di Morente of his bandmates, who include Colin Schlitt on bass and percussion, Robin Livingston on keyboard and vocals, Gene Fisher on drums and percussion, Noelle Boucher on violin, and the newest member of the band, Jim Cucuzzella, who owns the Players Guitars store in San Rafael, on guitar. Most of the members contribute vocals, with Di Morente taking the lead vocalist role.

Di Morente is no stranger to performing. In the late 1980s he was part of the male duo band Times Two, whose dance-pop hit single “Strange but True” made it to number 21 on the Billboard Hot 100 list. It’s a quintessential ’80s dance track that many of us undoubtedly grooved to back in the day — pure unbridled fun. Thankfully, Di Morente hasn’t shed his early skin entirely and brings this same upbeat, danceable sensibility to his much more noir-inflected El Radio Fantastique.

“I’m just really into bubblegum pop,” says Di Morente, who writes most of the songs for the band. “It feels like a true collaboration,” says Noelle Boucher. “I came in as a violinist, but I felt so encouraged that I’m now singing, too.” It isn’t only Boucher who expressed gratitude and appreciation for the encouragement Di Morente offers to his fellow bandmates. “We are all huge fans of each other,” says Di Morente, and as Gene Fisher points out, “it helps that our musical tastes are similar enough that we usually agree with each other.”

“The music is the deciding factor — whatever the song needs is the direction we will go,” offers Di Morente, who has been writing practically nonstop during the pandemic. Along with a brand-new single, “Hollywood Girl,” that will drop in May, the band also completed “London’s Fatal” last June. The track (available on the band’s website) is a rousing synthesizer-driven number with plenty of bass and drums that provide a rich backdrop for Di Morente’s searing vocals. Despite its potentially grim ly