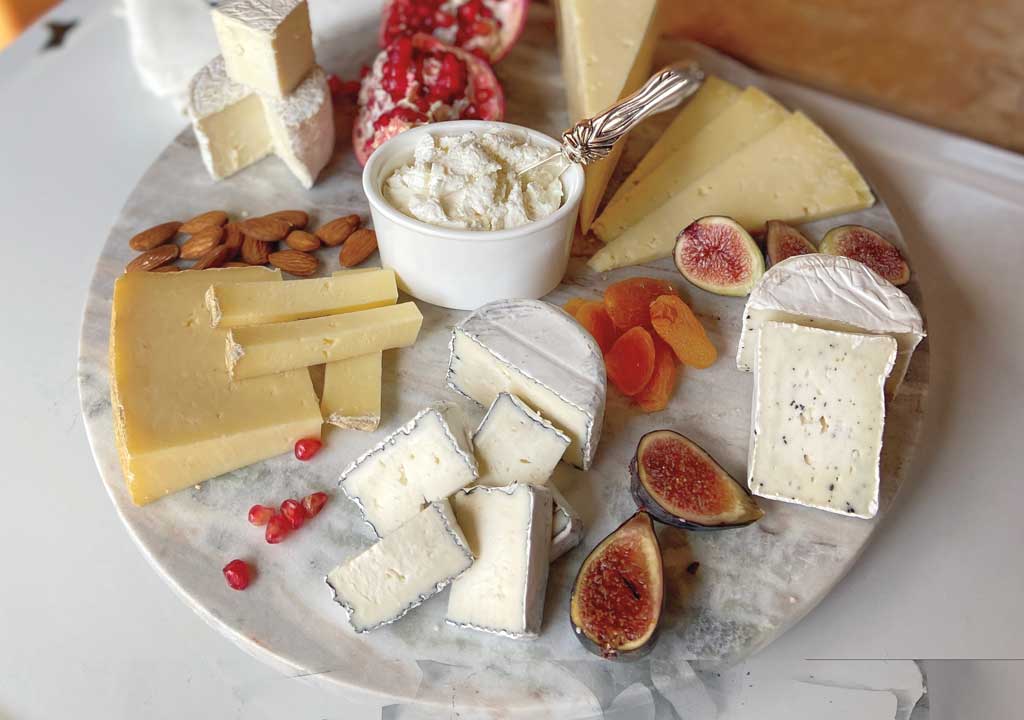 Marin County would be hard-pressed to find someone more qualified for or committed to helping the local agriculture community than Vivien Straus. Not only did she grow up on her family’s farm in Marshall, she also helped her brother launch Straus Family Creamery, where she would serve as VP of sales and marketing for more than 10 years (she is no longer involved with the creamery), and she even coordinated farm tours for Cowgirl Creamery in Point Reyes Station. While she would eventually go off to college in Portland, Oregon, and pursue an acting career in several cities, including San Francisco, New York and Los Angeles, she always returned to the farm. She now lives in Petaluma and manages the Straus Home Ranch on Tomales Bay with her brother Michael.

“Our farm means the world to me — it’s the core of me — I love it,” explains Vivien, who says she feels connected to all farmers and feels she is in a battle to save small farms. This sentiment inspired her to launch the Cheese Trail Map in 2010. Her firsthand knowledge of the many challenges facing family-owned farms informed her decision to create a resource that would not only generate business for small dairies, but also introduce cheese lovers across the nation to California’s artisan cheesemakers.

The map is available both online (www.cheesetrail.org) and as a traditional foldout brochure that showcases small-scale cheesemakers throughout the state. The comprehensive resource that originally included just Sonoma and Marin counties now promotes more than 70 cheesemakers, their locations, the type of cheese they make and visiting hours. Farms as far south as San Diego and north to Crescent City are included. Both the Central Coast and Central Valley are also well represented.

“My favorite thing to do is visit cheesemakers —they are all so unique,” says Vivien, who describes how one dairyman insists that crossbreeding is essential for the quality of the milk he uses for his cheeses, and another who never crossbreeds and sticks to one type of cow for each specific cheese. <br