Lark Theater Brings Back the Drive-In and More 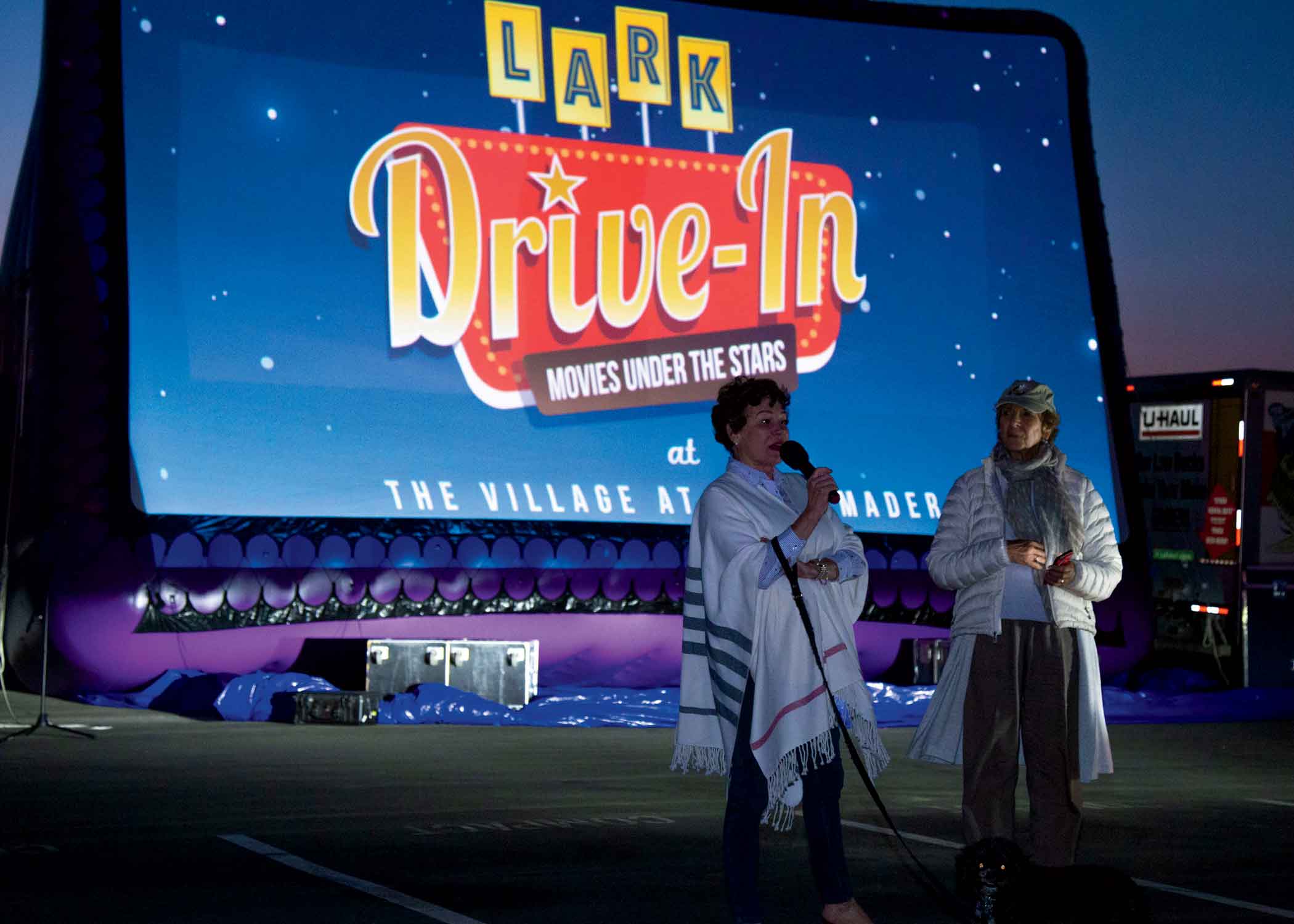 More than 80 years old, Larkspur’s Lark Theater has long-proved itself to be special; however, the Covid pandemic has revealed its strength in crisis after having to temporarily close last March. “We had time to pause, kind of reflect and make some pivots,” says executive director Ellie Mednick.

One of the Lark’s first pivots was their drive-in movie program which began in July and has just returned. From now until November, Thursdays through Saturdays, the family-friendly experience is back, with a new projector and screen, in the overflow parking lot of the Village at Corte Madera.

“Luckily, we’ve been able to sustain ourselves with the drive-in funds that were raised last year,” Mednick says. “Lots of very generous donations have come in, we just got our second PPP grant and, so, we’re optimistic that we will be able to run [the drive-in and the theater] together.”

Mednick seems, really, to have never lost her optimism or steam, having only just left Marin Theatre Company when she suddenly took over the Lark in 2012. Today, she continues to wear many hats, not just as the overall staff manager and with a background in performing arts but handling many marketing and artistic decisions as well.

You know what they say: there’s no rest for the weary. Especially as internet streaming has increased due to Covid and other movie houses have closed, the Lark team has been hard at work –– a second pivot being a series of renovations for the physical theater’s reopening in September.

“Chances are that you’ve come to the Lark for something totally different than watching a movie on your couch,” says Mednick. With new lights inside and outside, air conditioning, carpeting, furniture, paint and a stage extension, visitors can also expect a heavier emphasis on live performance.

“By the time we’re done, it’s really going to be something else.”

Reserve drive-in movie tickets in advance, $30 per car or $15 per individual. Gate opens at 7:30pm for showtime at 8:30pm. Arrive early to purchase picnic dinners or concession items.