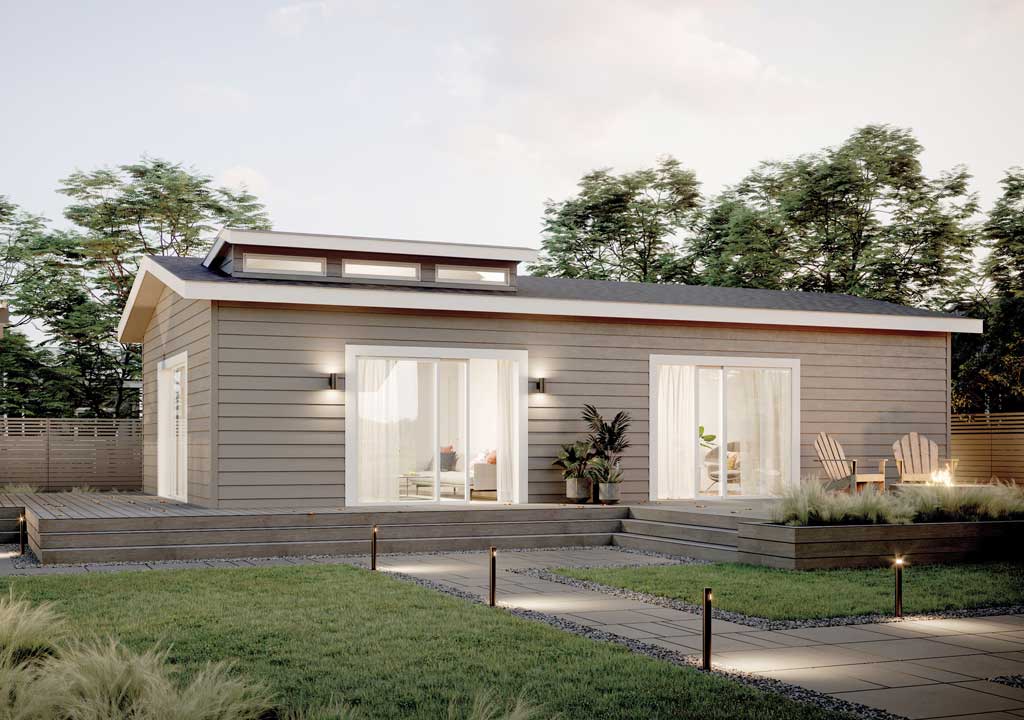 Sheila Mahoney has happily owned a Paradise Drive triplex in Corte Madera since 1978 and lived there until she moved to San Francisco. But the vacant land behind it always intrigued her. “I thought about building on it for years, but the need for housing and the ADU Marin program finally inspired me to act,” says Mahoney. She decided to build two two-bedroom units behind the triplex, which she plans to rent. “The ideal tenants will be teachers or workers in the service industry who need housing.”

Although residents began taking advantage of county incentives as early as December 2018, the county Board of Supervisors’ January 2020 vote to relax ADU construction rules accelerated interest in the program, which offers property owners instructional videos, online workbooks, floor plans, a cost-estimate calculator and financial breaks on permit fees — up to $10,000 if the new renters have a household income below 80 percent of the local median.

“An ADU webinar I attended streamlined the process as planners, financial advisers and ADU experts discussed how it all works,” says Mahoney. She ultimately chose a local design-and-build team, Villa Homes, which specializes in prefab homes. Construction is scheduled to begin this month.

Jillian Nameth Zeiger, the county’s Community Development Agency senior planner who oversees the program, says that she’s seen moderate growth in ADU applications and points out that a denser population means less traffic and reduced greenhouse gas emissions. The trend also offers a sliver of hope for people looking to rent for an affordable price in Marin, where limited rental housing is driving a low vacancy rate and high rents.

The loosening of street parking regulations by the state in 2019 and 2020 also spurred ADU unit construction as the impact on parking in densely populated neighborhoods was one of the few valid arguments against more ADUs. “We’ve had great success with the development of ADU units since then,” says San Anselmo planning director Elise Semonian. ADU applications in the town spiked from 10 each year between 2017 and 2019 to 22 in 2020 and 27 in 2021.

Property owners in all Marin towns and unincorporated areas can use the program — described in detail along with advice about obtaining permits, choosing contractors, renting new units and more at www.adumarin.org.

Mahoney can’t wait to see her ADU units go up. “It’s been a dream of mine for many years to develop that land,” she says. The builders she hired are just as delighted to have the work. “Each of our clients’ motivations for wanting an ADU is a little different, but they all seem committed to wanting to help solve the housing crisis,” says Villa Homes project coordinator Aly Becerril. “And it’s exciting when counties like Marin address this need. Our company has grown exponentially over the past two years due to the new ADU laws and the popularity of manufactured homes.”